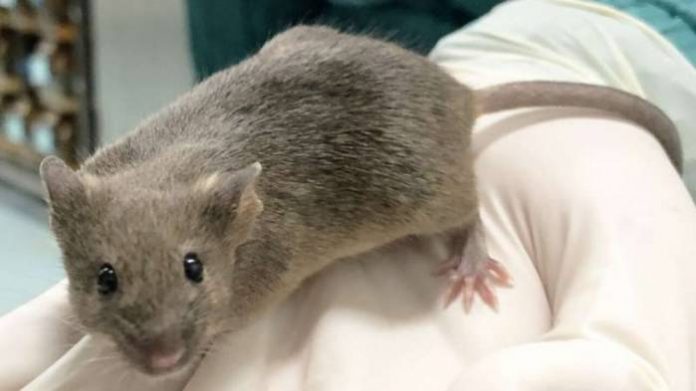 A man in China has reportedly died after catching hantavirus. The man, from Yunnan Province, southwest China, died on Monday while traveling to Shandong Province in the east, the state-run Global Times newspaper reported.

It appeared the man was screened for the bug after he died. A further 32 people on the bus he was onboard were tested for the virus, which is rarely passed from human to human. The results of the tests were unclear.

The individual was not named in the report, and his cause of death was not stated.

According to the U.S. Centers for Disease Control and Prevention, members of the family of hantavirus pathogens are mainly spread by rodents. “Infection with any hantavirus can produce hantavirus disease in people,” the CDC stated.

The CDC states that hantaviruses in the U.S. cannot be passed from person to person, while rare instances of human-to-human transmission have been documented in Chile and Argentina in people who have had close contact with those sick with the Andes virus.

People tend to catch hantavirus in rural areas such as forests, fields or farms where the rodent carriers live, according to the public health body.

The symptoms of potentially deadly HPS include fatigue, fever and muscle aches—particularly in the thighs, back, hips, and less often the shoulders. A person may also feel dizzy, have a headache, chills, as well as vomit, and experience diarrhea and stomach pain.

Between four to 10 days after the first phase, a person can develop shortness of breath, a cough, and their lungs may fill with fluid. One patient told the CDC having HPS felt like a “tight band around my chest and a pillow over my face.” Of those who get the condition, 38 percent die.

In cases of HFRS, a person’s symptoms will come on quickly. These include back and stomach pain as well as headaches, chills, nausea and a fever. Their vision may also blur, and their face may become flushed or inflamed. This can be followed by low blood pressure, as well as acute shock, vascular leakage and acute kidney failure. Depending on the hantavirus causing HFRS, between 1 to 15 percent of patients die.

The man’s death comes amid the coronavirus pandemic which originated from Wuhan Province China.

The virus, which causes COVID-19, has since spread from China to every continent except Antarctica.