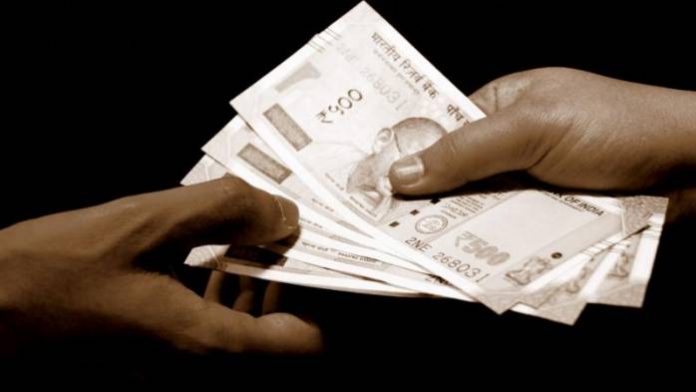 “The evil of corruption reaches into every corner of the world. It lies at the heart of the most urgent problems we face – from economic uncertainty, to endemic poverty, to the ever-present threat of radicalism and extremism.” David Cameron

The effects of corruption on Nigeria’s economy, social standing and the psyche of Nigerians can never be overemphasised.

In a report by the BBC, he was quoted as saying: “We’ve got some leaders of some fantastically corrupt countries coming to Britain…Nigeria and Afghanistan, possibly the two most corrupt countries in the world.”

The above description of Nigeria by the former British leader came a year after President Muhammadu Buhari assumed office with a pledge to root out corruption from the country.

Five years down the line, corruption has remained a huge issue even as some people claim it has gotten worse. There is also a consensus that the government alone cannot win the battle against corruption.

Citizens must participate in the fight for results to be achieved.

Recently, the Socio-Economic Rights & Accountability Project, SERAP, organised a townhall meeting on ‘Citizens Participation in the Fight against Corruption in the Police, Health, Education, Judiciary and Electricity Sectors.”

Presenting a paper on Practical Strategies to Mobilise Citizens to Participate in the Fight against Corruption in the sectors in focus, Mr. Richard Akinnola, Editor-in-Chief, CORRUPTION CASES DIGEST and Director, MEDIA LAW CENTRE, outlined various ways through which citizens can help rid the nation of corruption.

He identified advocacy as being very important in the fight, noting that the social media was a potent tool for advocacy.

“This, perhaps, is one of the most potent tools to mobilize citizens in the fight against corruption at various sectors. It is quite strategic in its implementation and, of course, this involves the creative use of the media i.e. both conventional and social media.

“These days, social media have become a potent force in advocacy, particularly in tackling corruption and advocating for change.”

Akinnola recalled the role advocacy through the social media played at the “height of the brutality and corruption by the police SARS operatives,” saying “advocacy became a potent tool to galvanise people’s consciousness to the campaign.

He gave a plethora of instances where members of the public, through the use of phones have videotaped police personnel and Customs personnel in regards to bribery and how such had led to the erring officers being punished.

According to him, another potent strategy in mobilising citizens in the fight against corruption is regular interface between the citizens and the various governmental institutions.

He said, “In a democracy, constructive engagement is a desideratum with regular interface between the citizens and various governmental institutions. For example, in the power sector, there is an electricity consumer’s forum, which is a non-governmental organization geared towards protecting the interests of electricity consumers. This group had interfaced with the Discos over a period of time.

“From this interface, a number of corrupt tendencies of workers of the electricity discos have been exposed and dealt with. The forum has also been able to educate electricity consumers about their rights and the limitations of the Discos, ranging from issues of estimated bills, lack of meters to illegal disconnections.”

Akinnola disclosed the existence of a WhatsApp group created by former Lagos Police Commissioner, Ehomini Edgar, where a number of Civil Society activists and the Lagos State Police High Command came together to interface and deal with issues of civil and Police matters particularly on the issues of corruption.

He recommended such a strategy to CSOs and those in charge of some of the sectors in focus.

Akinnola also recommended disciplinary actions against erring officers of the sectors. He commended the leadership of the Nigeria Police and the National Judicial Council, NJC, for rising to the challenge of various corruption cases brought before them by citizens.

Recognising the role of the media in the fight against corruption, Akinnola, however, cautioned against media trial. He said, notwithstanding the constitutional provisions which guarantee freedom of expression and freedom for the media to carry out its duties of informing the public and putting the government in check, there is need to strike a balance between the right to freedom of expression and the presumption of innocence of the suspects who are being put on media trial.

“Trial by the media refers to a situation whereby the media creates a perception that an individual or group of individuals are guilty of a criminal offence, through the dissemination of prejudicial materials, with the intention of creating a perception of guilt. This is with the view to influencing the judge or jury and members of the public to the guilt of a person on trial.

“No doubt, Media is a major tool to galvanise citizens’ participation in the fight against corruption. The media, by giving support to the anti-graft agencies and even on their own, through its reportage, can effectively support this struggle.

“There is an obvious need here to distinguish between the right to freedom of expression and the presumption of innocence of the suspects who are being put on media trial,” he said.

He harped on the need to balance the constitutional rights of the media with the right of an accused to a fair trial, particularly regarding pre-trial publicity.

He admonished the citizenry to desist from encouraging corruption as he highlighted ways that individuals support corruption.

“When you collect money or rice to vote during elections, when you give ‘thank you’ money to the man who helped your son get admission, when you don’t speak out against corruption, you are supporting corruption,” Akinnola said.

As a final charge to the citizenry, he said: “Stand up for change, ask questions, refuse to give bribe.”

“New technologies avail us the advantages of speed. We should use it,” he said, pointing out that networking was an important tool in the fight against corruption.

He posited also that there must be a change of attitude in the masses in order to tackle corruption. “We must believe in ourselves.”

“To pre-empt, make sure it does not happen, if it happened, make sure somebody paid a prize to deter others and compel people not engage in corruption,” he said.

He lamented that many Nigerians have become so unpatriotic to the extent that they are content with corruption. “Citizens must be patriotic. We have come to the point where majority have become unpatriotic. A lot of people want the status quo to remain hoping that one day it would be their turn so they can get their cut.”

Aikomo charged citizens to stop pandering to those in authority, but to demand accountability and good governance from them. “Don’t hail them when they do what they are supposed to do.”

He enjoined individuals to bring to the attention of the authorities and the public cases of corruption stressing that “the police do not work in abstraction, they don’t pick things from the sky unless somebody brings it to their attention.”

Olajumoke Akiode of the Centre for Ethics and Sustainable Development, described Corruption in Nigeria as “our reality.”

According to her, “we can’t deny it and it is in every aspect of the society. So it’s not restricted to the public service or politicians alone, even the man on the street in one way or the other condones corruption, overlooks corruption or even participates, so if we want a solution, it is to make up our minds to be change agents.

“We must first of all become active citizens because citizens participation is essential in fighting corruption, when you become active citizens, then you begin to demand for accountability; when you wake up in the morning and you see your street is flooded and there is a pothole on the road, you call the local government Chairman, you call the office of the public works and lay your complaints, that is how corruption is fought. If we’re all too busy to be concerned, then corruption will keep growing uncontrollably, so we must take action as individuals, we should learn to start asking questions.”

She especially stressed that elected officials must be held accountable “because they are there to serve us. So we ask them to account for the services they have pledged to give us, we must be active citizens. Demand service and accountability; I think we can fight it once we all determine that we want to be the change agent of the change that we want.”

Part of activities of the day was the presentation of the Anti-Corruption Performance Assessment Survey, which showed that many Nigerian believed that the level of corruption in the country was still high.

The survey, among others, recommended as follows;

*Establishment of an independent commission of inquiry to conduct a transparent, comprehensive and impartial investigation into systemic corruption within the Nigeria Police Force, and the judiciary as well as the ministries of power, education and health;

*Legislative and constitutional reforms including the amendment of the Code of Conduct Bureau and Tribunal Act to ensure public access to the asset declarations of public officials;

* Establishment of civil society desks by the Economic and Financial Crimes Commission, EFCC, and the Independent Corrupt Practices Commission, ICPC, to facilitate and improve access to public complaints about corruption in key public service sectors.