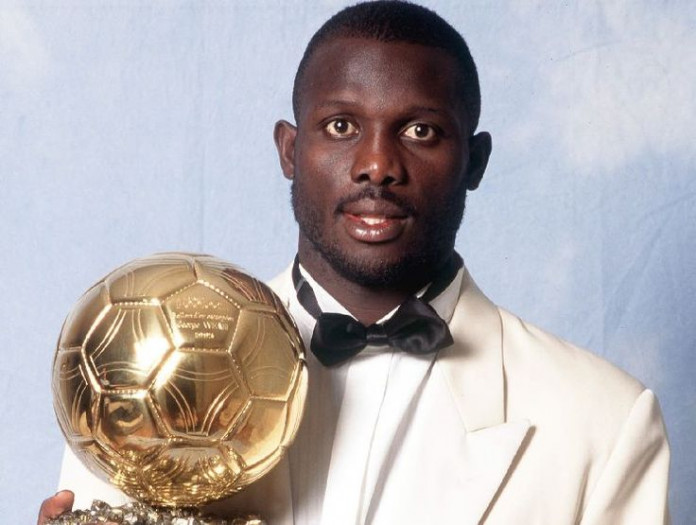 Liberia’s ex-football star, Mr. George Weah, appears to have a good chance of winning the Liberian presidential election on Tuesday.

The people of the country will go to the polls to replace Ellen Johnson-Sirleaf.

Weah appears to be the only strong candidate against Vice-President Joseph Boakai who is also in the race.

Weah, had in 2005 contested the presidential election which saw the emergence of Johnson Sirleaf.

The 51-year-old retired footballer however made a great impression with votes close to those of the winner.

Weah is counting on his popularity, particularly, based on his service to his country as a player and as an individual.

At a time, Weah personally financed the country’s national football team when Liberia was in a civil war which lasted many years.

Born in the Monrovia slum of Clara Town on October 1, 1966, Weah is a perfect example of one who rose from rags to riches.

George Weah worked for the Liberia Telecommunications Corporation as a switchboard technician before he travelled abroad and launched a football career.

He was a key player with AC Milan, Paris St Germain and Chelsea and won the 1995 World Best Player of the Year or Ballon d’Or.