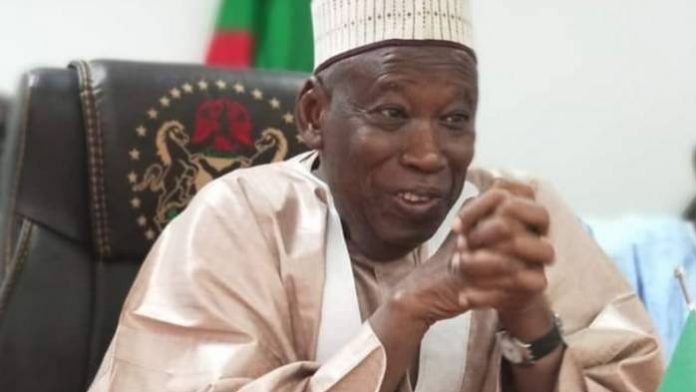 Speaking during the inauguration of the committee at the Government House, Kano, Ganduje noted that settling the herdsmen in one place would improve their economic activities and curb crises.
‎
According to him, the settlement would be designed in such a way to expand the economic base of the state.‎
‎
The governor pointed out that the Crises had continued because some of the cattle coming from West African countries were too large to be accommodated by any grazing route.‎

He said: “One cannot accommodate or stop the herdsmen and their cattle from entering the country because of the Economic Community of African States (ECOWAS) protocol.‎

“The whole system is more of socio-cultural ‎than socio-economic and it has to change to socio-economic otherwise it will continue to be uneconomic venture.”

‎‎Ganduje said that the terms of reference of the committee included:
“To identify areas and location for the establishment of milk market for the Fulani women with other investors on public private partnership to easily sell their products.
“To identify areas suitable for the establishment of RUGA settlement and improvement of living condition of nomadic cattle rearers.

“To produce a whole master plan for the establishment of RUGA ‎settlement and to also determine the type of social services and infrastructure, such as hospital, water, schools, market ‎and veterinary clinics.”

‎The governor said that the project would be carried out in collaboration with the Islamic Development Bank.
‎
The committee, which has representatives from all security agencies, ‎was given three weeks to submit its report.

Earlier, the chairman of the committee, Dr. Jubrila Mohammad, had thanked the governor ‎for the confidence reposed on them and promised to complete the assignment within the time frame.