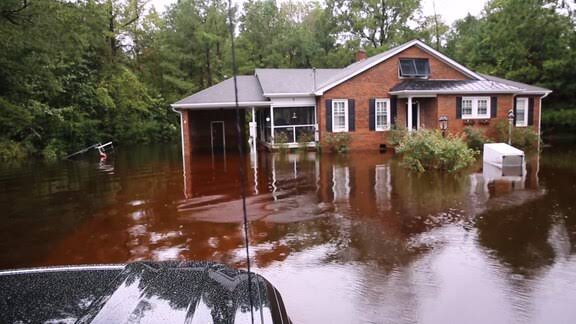 Four communities in Kafanchan, headquarters of Jema’a Local Government Area of Kaduna State on Thursday were flooded following a downpour.

The downpour which started around 2a.m. lasted for several hours, submerging residential buildings and some business premises.

Some of the residents said that the flood was the first of its kind in recent years.

Asabe Yohanna, whose house was submerged by the flood, said she tried without success to salvage some of her property.

Yohanna called on the government to offer some assistance to her and other victims of the disaster.

Another resident, Daniyan Gani, said he lost grains worth millions of naira, adding that his farmlands were also completely destroyed.

The Local Government Chairman, Mr Peter Averik, who went round the town to assess the extent of damage, advised residents against building houses close to river banks.

Averik said that there was no record of death or missing person from the flood incident.

The National Emergency Management Agency had warned of imminent flooding in about 28 states and advised people living close to river banks or flood prone areas to move to safe grounds.