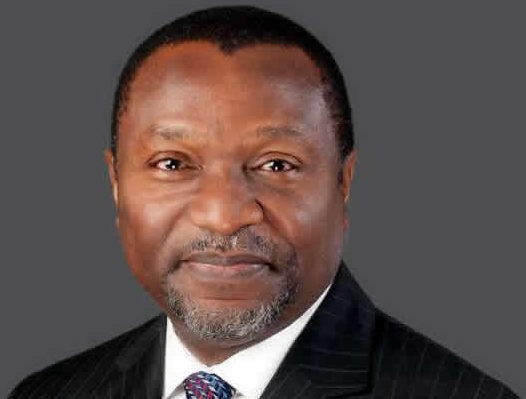 Budget and National Planning Minister, Senator Udoma Udo Udoma on Thursday told the Senate Committee on Finance that some slight adjustments had been effected on the 2019 Medium Term Fiscal Framework and Fiscal Strategy Paper (MTEF/FSP) between when it was approved by the Federal Executive Council and the finalization of the 2019 Budget Proposals.

The Minister who was briefing the Committee on the 2019 Revenue and Expenditure Projections said the adjustment only affected the expenditure levels as it was done to reflect some unanticipated expenditure items and the consequences of those adjustments.

The key assumptions and macro-framework of the 2019 Budget targets 2.3mbpd of oil production at an oil benchmark price of $60 per barrel; exchange rate of N305 per Dollar, Inflation rate at 9.98%, Nominal consumption of N119.28 trillion, Nominal GDP at N139.65 trillion and GDP growth rate of 3.01%

Before giving an overview of the 2019 Expenditure Framework, the Minister briefed the Committee on the 2018 expenditure outturns. He stated that of the total appropriation of N9.12 trillion, N7.24 trillion had been spent as at December 31, 2018; representing 79% performance. He indicated that Debt Service and the implementation of Non-debt Recurrent Expenditure, including payment of workers’ salaries and pensions, were on track.

Spending on Capital, he explained further, was prioritised in favour of critical ongoing infrastructural projects in the power, roads, rail and agriculture sectors. “Implementation of the 2018 Capital Budget will continue into 2019 until the 2019 Budget is passed into law,” he pointed out.

The Minister said Government will continue its fiscal strategy of directing resources to most productive and growth-enhancing sectors while efforts will be intensified to increase revenue. “Government will also leverage private capital to supplement capital allocations from the Budget.

To achieve these objectives, the Minister said fiscal, monetary and trade policies will continue to be aligned and implemented in a very coordinated manner. “The strategy recognizes the need to deliberately cushion the effects of adjustments on the poor and vulnerable members in the society.”

The Minister said in order to get full value for monies expended by the Government over time and to avoid duplication and waste, emphasis will continue to be on completion of existing projects. Accordingly, provisions have been made to carry over projects that are not likely to be fully funded under the 2018 budget to the 2019 capital budget.

Explaining the basis for the 2019 assumptions, Udoma said notwithstanding the softening in international oil prices in late 2018, the considered view of most reputable oil industry analysts is that the downward trend is not necessarily reflective of the outlook for 2019. Currently, the average Brent oil price projection for 2019 by 32 different institutions with relevant expertise is still about $69/b.

However, he assured that government will closely monitor the situation and will respond to any sustained changes in the international oil price outlook for 2019.He disclosed that President Muhammadu Buhari has directed the NNPC to take all possible measures to achieve the targeted oil production of 2.3 million barrels per day.

He told the Committee that the 2019 Budget proposal seeks to continue the reflationary & consolidation policies of the 2017 and 2018 Budgets respectively, which helped put the economy back on the path of growth; pointing out that the 2019-2021 MTFF, Medium Term Sector Strategies and proposed 2019 Budget reflect many of the reforms and initiatives in the ERGP, which is the roadmap to economic recovery and a more sustainable growth.