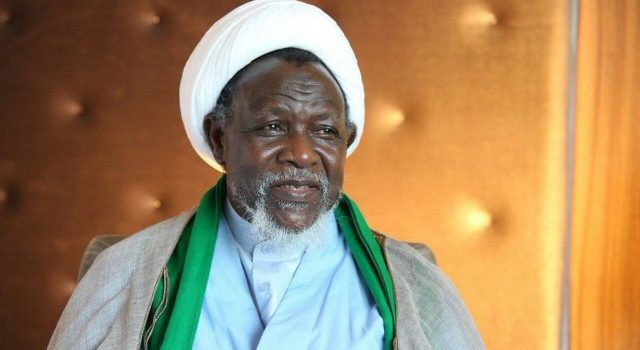 Barring any unfortunate development, detained leader of the Islamic Movement in Nigeria (IMN), Sheikh Ibrahim El-Zakzakky, will regain his freedom along with his wife, Zeenah.

The Nigerian government is reportedly making moves to facilitate their release, according to the Islamic Human Rights Commission (IHRC).

IHRC said it has confirmed reports from family of the IMN leader and his wife, that moves are finally underway to release the pair by the Federal Government (FG) for them to seek urgent medical treatment abroad.

A statement issued by El-Zakzakky’s only surviving son, Mohammad, said that Nigerian authorities have opened negotiations with prominent officials to effect their release, but he expressed dismay that the process is taking unnecessary and longer time.

“I will plead and urge FG to speed up the process as time has clearly run out for us. We need to ensure that they quickly get proper medical treatment over their deteriorating health conditions,” he said.

“FG’s sudden decision is coming in the wake of massive protests, this week, in the country and at Indonesia, Canada, Pakistan and the United Kingdom (UK), by supporters of the IMN spiritual leader, forcing the authorities to enter into negotiations for his release,” a source told our NewsDigest correspondent in a chat.

Meanwhile, IHRC has called on the Nigerian authorities to fast-track the process of freeing the Shi’ite’s leader and his spouse, so as to forestall the outbreak of wanton confrontations between the IMN members and security agencies. (News Digest)