The Chairman and CEO, Channels Television, Dr. John Momoh, has been appointed interim chairman of the University of Lagos (UNILAG) Governing Council.

His appointment on Monday, came just as the UNILAG Senate elected Prof. Folasade Ogunsola as the acting Vice-Chancellor of the crisis ridden institution.

Chairman of the institution’s Governing Council, Dr. Wale Babalakin and Vice-Chancellor, Prof. Oluwatoyin Ogundipe had been suspended by President Muhammad Buhari as a result of the crisis in the institution.

The first task for Dr. Momoh, who is President of University of Lagos Alumni Association Worldwide, is the ratification of the election of Prof. Ogunsola as acting VC.

The Next Edition learnt that the result of the election has been forwarded to the governing council by the Deputy Registrar and Director of Academic Affairs, Mrs. Olakunle Nakinde.

Momoh is a graduate of the University of Lagos with a B.Sc. (honours) in Mass Communication and a Master’s degree in International Law and Diplomacy. 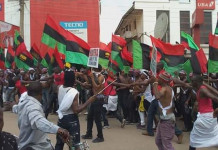