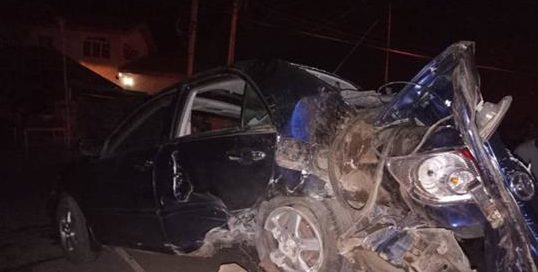 Many were feared dead in an evening fatal accident that occurred at a roadside market in Iworoko Ekiti, Irepodun/Ifelodun Local Government Area of Ekiti State.

Sources said a truck coming from Ifaki Ekiti heading towards Ado Ekiti lost control and rammed into the market at about 8pm on Saturday.

Although casualty figures could not be ascertained as of the time of filing the report, a source said, “Four bodies had been recovered from the scene.”

According to the sources, efforts to rescue others trapped under the truck were ongoing by sympathisers and traffic officials.

They added that a mini-commercial bus with passengers was crushed by the truck before ramming into the market.

A source said the situation would have been worse if students of Ekiti State University, Ado Ekiti, residing in the community because of its proximity to their campus were around.