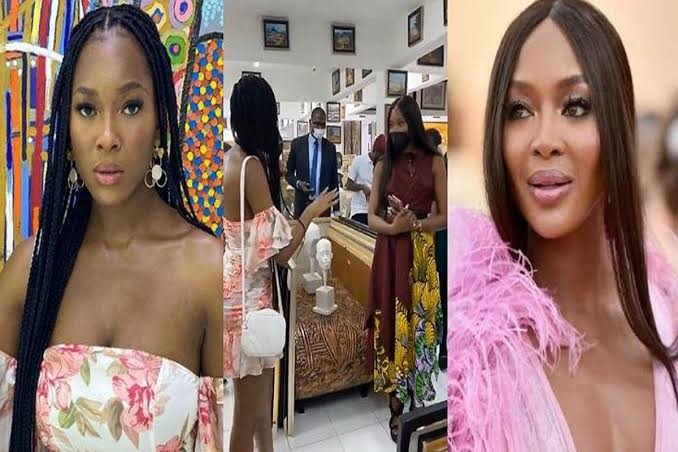 The two women met at Nike Art Gallery in Lagos and according to the reality star, she was speechless on meeting her idol.

Her Twitter caption read “Naomi Campbell knows who I am. Screaming.”

Vee who was one of the housemates in the fifth season of the Big Brother Naija reality Television show, bears a striking resemblance to the Super model, Naomi Campbell.