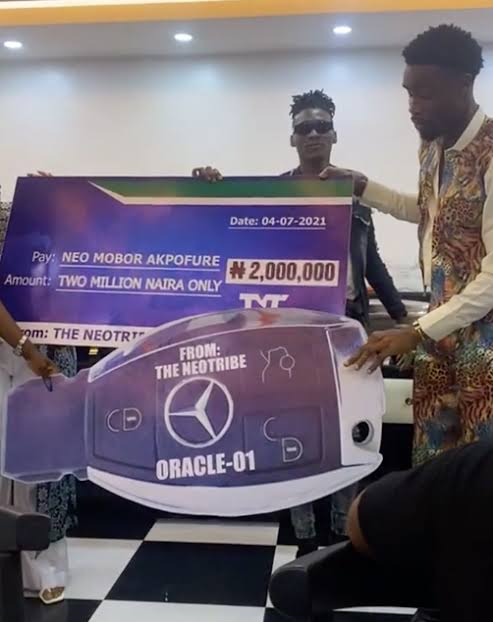 Former housemate of the Big Brother Naija reality show, Neo Akpofure, has joined the list of reality TV stars who have gotten car gifts from fans on their birthdays.

The reality star who turned 27 recently got a Mercedes Benz car gift from his fans. He was also gifted the sum of N2m.

Blogger, Instablog Naija, shared the photos of him collecting his gifts via their page on Sunday, July 4, 2021.

READ ALSO: Eardrum: Surgeon Warns Against Use Of Cotton Bud, Other Objects

Hours after the posts, a Twitter user accused Neo of lying, claiming he had the car a long time ago. His cousin and actress, Venita Akpofure, liked the tweet made by the Twitter user.

Venita and Neo have not really seen eye to eye since he got into a relationship with his fellow Big Brother Naija housemate, Vee.

Venita has always been outspoken of the fact that she does not like Vee.