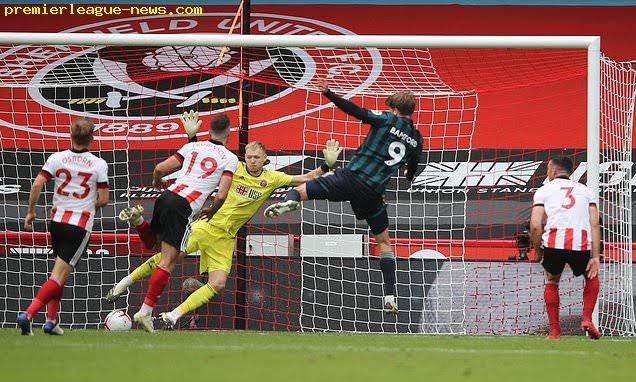 Patrick Bamford’s 88th minute header gave Leeds United a 1-0 win at Sheffield United in their Yorkshire Premier League derby on Sunday.
Jack Harrison whipped in a superb cross from the left wing and Bamford rose well to score for the third straight game.

The loss left Chris Wilder’s side without a point or a goal this season.

The game had been a story of excellent goalkeeping at both ends.

Leeds United’s French goalkeeper Illan Meslier produced a superb save in the 29th minute from a close-range effort by John Lundstram after good work from Ben Osborn down the left.

Marcelo Bielsa’s side threatened before the break, though, and Sheffield United goalkeeper Aaron Ramsdale did well to keep out a lofted shot from Stuart Dallas.

Meslier was alert again after the break when George Baldock turned sharply on the edge of the box to lose his marker and unleash a powerful drive.

But the 20-year-old goalkeeper parried well.

Helder Costa then threatened with a stinging volley that was kept out by the diving Ramsdale.

Bamford’s fine header, however, ensured that Leeds United move to six points from their first three games on their return to the top flight after a 16-year absence.