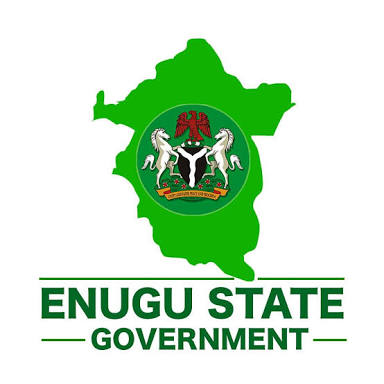 The Chairman of the Enugu State Sectoral ad-hoc Committee on Finance, Review of Internally Generated Revenue and International Development Partners’ Funding, Prof. Godwin Owoh, has commended Governor Ifeanyi Ugwuanyi, for the innovation and far-reaching reforms his administration introduced in the State Internal Revenue Service, which he said was responsible for the impressive increase in its Internally Generated Revenue (IGR).

Prof. Owoh noted with delight that Enugu State is leading and has one of the strongest IGR automation mechanisms in the country, based on their “comparative analysis of about six similar states” in terms of accessing, collection and accounting for tax and other government revenues.

The Chairman spoke when he led members of his committee alongside other remaining four committees in the second batch of the 12 sectoral ad-hoc committees, constituted by Gov. Ugwuanyi on review of various sectors of government for optimized service delivery and advancement of good governance, to submit their reports.

The four committees that also submitted their reports were Agriculture and Rural Development; Lands, Housing and Transport; Sustainable Environmental and Urban Management; and Youths and Sports Development, while Education; Health; Water; Justice; Chieftaincy/Community Matters; Public Service; and Security Review Committees had earlier submitted their reports.
Speaking further, Prof. Owoh stated that the Finance Committee worked in accordance with its terms of reference, adding that they narrowed down to key specifics and made critical findings after data gathering and extensive engagements with relevant stakeholders.
He pointed out that their findings on the operation of the state’s finances, such as budget implementation and tracking, in-depth evaluation of the IGR mechanism of the state, donor funding issues, management of assets both tangible and intangible, and development of key strategic agenda that will help the state to deliver on most of its key functional areas, were encouraging and commendable.

The Chairman stated that after a comprehensive critical analysis of the specific findings, the committee came up with detailed recommendations that will assist the Ugwuanyi administration in delivering fully on its set targets.
Prof. Owoh disclosed that the committee in the course of its assignment discovered that “while the expectation from the state government is rising, the resources available to government is reducing”, stressing that the development “creates a very major challenge especially in the area of resource management”.

The Chairman, therefore, pointed out that the committee took cognizance of the challenge and ensured that their report recommended “policies and programmes that will enable the state imbibe private sector consciousness in delivery the entire public sector objectives”.
Other four committees while presenting their reports through various chairmen, namely, Prof. Dan Ugwu (Agriculture and Rural Development); Prof. Kingsley Ogboi (Lands, Housing and Transport); Prof. Smart Uchegbu (Sustainable Environmental and Urban Management) and Mr. Emeka Mbah (Youths and Sport Development) all gave an executive summary of their recommendations and thanked Gov. Ugwuanyi for the opportunity to serve the state.
Responding, Gov. Ugwuanyi who appreciated the members of the committees for their commitment and diligence in the discharge of their tasks, noted with delight the enthusiasm and positive feedback that greeted the exercise, describing it as a source of motivation.

The governor reiterated his administration’s commitment to participatory democracy and promised to optimize the committees’ recommendations by “putting together committed, competent and self-motivated delivery teams to implement them across the sectors in consultation with our revered stakeholders” which is ongoing at the moment. (The Citizen)