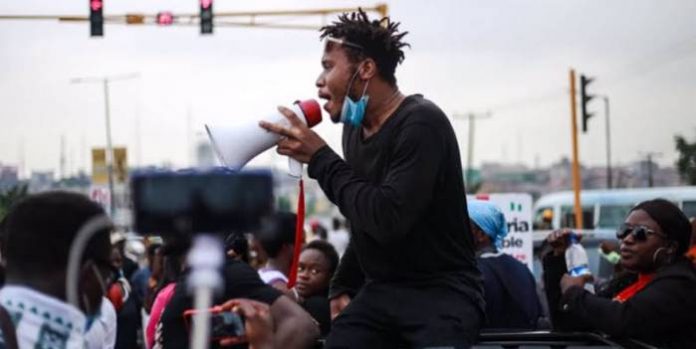 The Police on Monday sought an order of court to detain alleged #EndSARS protester, Eromosele Adene, for an extra 30 days without charging him.

The police brought the application before Magistrate O.A. Salau.

Eromosele, popularly known as Eromz, an entertainer was arrested on November 7, for alleged criminal incitement, cyber stalking, and breach of public peace.

He was taken to the police command headquarters and then transferred to the Area F Command before being detained at the SCID, Panti.

He was last Monday flown to Abuja and detained for seven days before being brought back to Lagos on Sunday.

The defendant was represented in court by his counsel, Mr. Tunde Jinadu.

The Nigerian Bar Association (NBA), was also represented by Emaka Nwadiokewho on a watching brief.

In their exparte application, the police said they needed the extra 30 days to carry out further investigations in the case against Eromosele.

His lawyer however, objected, arguing that, that would be against his client’s fundamental rights.

Jinadu further notified the magistrate that he (Eromosele) had been moved from one detention facility to the other and one state to the other.

After listening to submissions from both parties the magistrate adjourned ruling to today, November 17.