Home Entertainment End of Year Review: Music & Movies, how it went down in... 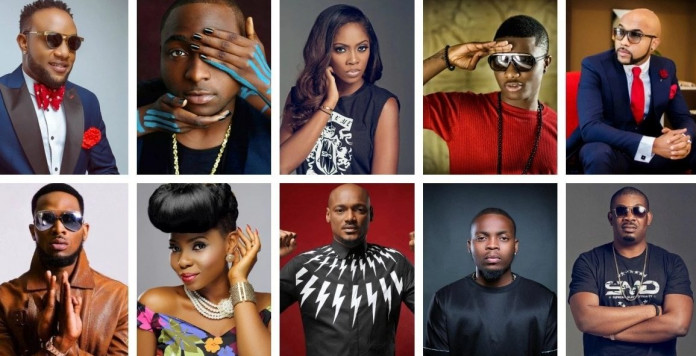 The Entertainment Industry in Nigeria grew by leaps and bounds this year. It also had its share of tragedies. In this report, ASIAN NKUTT & MFONABASI AKPABIO, take a look at some of the major events that happened in the industry this year.

At this year’s MTV EMAs award show, which held in Bilbao, Spain, Tiwa Savage took home the Best African Act award. It was the first time a woman had won since the category was added in 2005. She was nominated alongside acts like Davido, South Africa’s Distruction Boyz and Shekinah, Kenya’s Nyashinski and DRC’s Fally Ipupa.The ‘Lova lova’ crooner has indeed had an amazing year musically and truly deserved it.

The Global Citizen Award celebrating Mandela’s 100th birthday and his legacy, held in South Africa this year. It was a music concert that had international stars like Beyonce, Jay Z, Pharell, Ed Sheeran, and many others performing. Nigeria was well represented in Femi Kuti, Tiwa Savage, Wizkid and D’banj and they truly propagated the ‘Naija to the World’ hashtag.

Innocent Idibia aka 2Baba showed the young ones in music that he still has it! His song ‘Amaka’ featuring Peruzzi was one of the hits of 2018. After 15 years in the industry, he proved he has earned his ‘living legend’ status.

This year also saw the outbreak of stars to watch out for come 2019 with the likes of Tobechukwu Victor Okoh aka Peruzzi and Teniola Apata. With features like ‘Amaka’ and DMW (Davido Music Worldwide) for Peruzzi and the release of his EP, he will be one to watch out for. Teni had hits like ‘Case’ and ‘Shake Am’; she is definitely setting the stage for 2019.

The year in music was not without its drama.

There was the song that introduced what was the most iconic relationship of 2018 in music – ‘Assurance’ by Davido. With the hit song and the gift of a Porshe, he introduced his fans and the world at large to the love of his life, Chioma. The word Assurance became the tag line in many campaigns after that.

Wizkid was honoured in far away Minnesota. Mark Dayton, the Governor of that state declared October 6 every year to be Wizkid day. This was because he became the first African artiste to sell out at the Skyway Theatre in October, a feat only Beyonce has achieved in the state.

Florence Ifeoluwa Otedola popularly known as DJ Cuppy decided to venture more into music after her 2017 hit ‘Green light’ with Teckno, but her were rebuffed by music lovers. With each release, she became the brunt of cruel jokes with Nigerian Twitter users pleading with her to stick to what she does best-being a DJ.

Reekado Banks left Mavin Records and Don Jazzy after five years with class. Unlike when acts leave their record label embroiled in feuds, he changed that narrative and left peacefully. He announced his new label, Banks Music, on his Instagram. His fans are looking forward to new music from him in 2019.

The industry also experienced some losses. The death of Reggae legend, Ras Kimono was one of such losses. The legend slumped at the Murtala Mohammed Airport just days after his 60th birthday. He was rushed to a hospital where he died the following day. 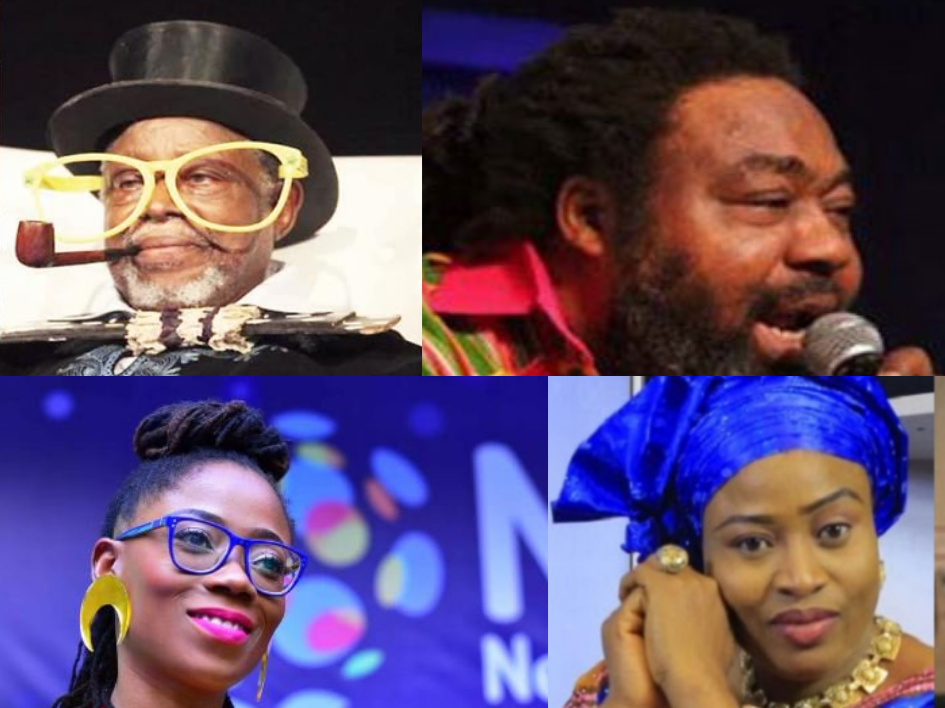 Also, popular Anambra-based musician, Chinedu Iwozor slumped and died while performing on stage in February. He was well known in the East for songs like, ‘Destiny can be delayed, but can’t be denied’. Cardiac arrest was said to be the cause of death.

Singer Ali Zainab known as Alizee was allegedly shot dead by her Danish husband in April. The singer was known for her song ‘Masa.’ She was reportedly signed to an Asian record label at the time of her death.

The Nollywood industry is the second largest film industry in the world based on the number of movies released yearly.

In 2018, the industry lived up to expectation giving us drama both on screen and off-screen.

Tons of movies were in the cinemas and other movie platforms and of course, some of the top movies of the year did not disappoint in terms of cinematography and lighting.

There were a lot of blockbusters in the cinema this year such as Royal Hibiscus Hotel, Moms at War, Sylvia, God calling, Up North and lots more.

Despite plans by so many Nigerians to boycott AY Makun’s movies, the comedian and producer still had a box office hit “Merry men.”

Genevieve Nnaji broke the records as her movie, “Lion Heart” became the first Nollywood movie to be acquired by Netflix and also premiered at the 2018 Toronto Film Festival, it gradually became one of the most talked about Nollywood movies of the year.

Kemi Adetiba also released her highly anticipated movie, “King of Boys” which also broke the records in the cinemas and stood at number one above other Nollywood and Hollywood movies at the cinemas.

As expected, Mo Abudu of Ebony LifeTv released another movie titled “Chief Daddy” with an ensemble that cannot be faulted.

The eight edition of Africa International Film Festival (AFRIFF) Award night was held at Twin Waters with 30 Nigerian films making it to the final list of the 140 films that were screened.

Let’s talk about the notable off-screen love and drama that happened. Tinsel stars, Linda Ejiofor and Ibrahim Suleiman tied the knot; Yvonne Jegede and Funke Akindele put to bed; Ini Edo called out Omoni Oboli to stop her hypocrisy while Genevieve Nnaji called out FilmOne cinema distributors for trying to sabotage the release of her movie.

Emeka Ike and Bankole Wellington, aka Banky W, ventured into politics and Iyabo Ojo called out her colleagues who show fake love. 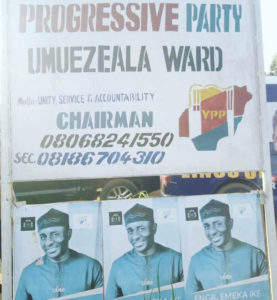 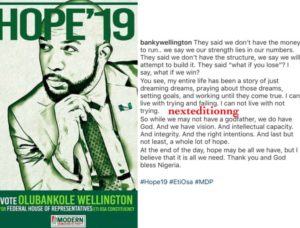 We have definitely been entertained round the clock throughout the year.

On a sad note, the industry lost some notable actors.

Chukwudi Bambino, an actor and producer in the industry for 25 years passed on in June. Actor, Chike Osuji who was known for his roles in “40 Days in the Wilderness,” “The Governor” and “The book of Harragon,” passed away this year at the age of 65.

Ezeora Nelson a 26-year-old rising actor and screenwriter slipped into coma after a fall on a movie set. He died in June.

Akwa Ibom State born actress, Uduak Akrah, popularly known for her roles in “Missing Angel 2,” “Bafana Bafana 2” and “Emotional Crack, also died this year from complications arising from a fall in the bathroom.

Aishat Abimbola popularly known for her roles in “Omoge Campus,” “Papa Ajasco,” “No Pain, No Gain,” “Awerijaye,” “So Wrong So Right” died from breast cancer. Her death was a huge loss for Nollywood.

Nollywood actor, Elder Ifeanyi Ikenga Gbulie died recently as a result of stroke he had been battling with for years. He is known for playing elderly roles in movies. 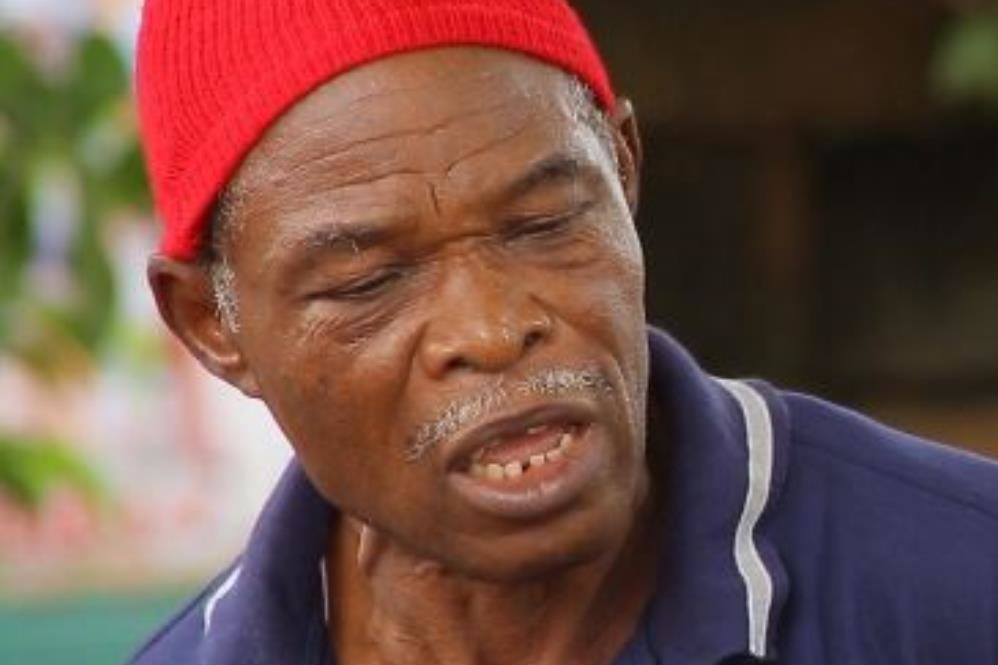 Nollywood is set for a higher ground with the likes of Kemi Adetiba, Mo Abudu, Genevieve Nnaji, BB Sasore, Kunle Afolayan who are putting Nollywood on the global space.

Let’s see what 2019 has in stock for Nollywood.