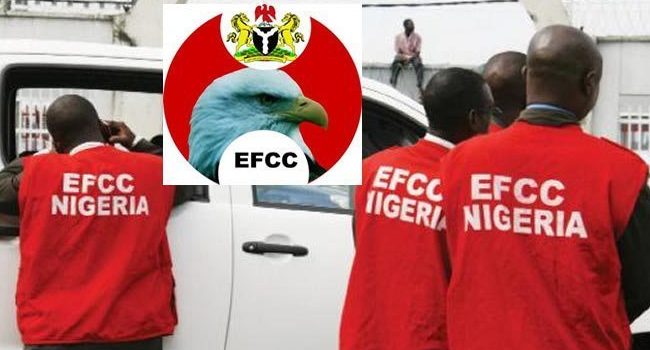 The Economic and Financial Crimes Commission, EFCC, has secured the final forfeiture of Asmau Plaza in Ilorin.

The EFCC acting spokesman, Mr. Tony Orilade disclosed this in a statement in Abuja on Thursday.

He said the building, valued at N150 million was traced to Mr. Rasaq Momonu, Controller, Finance and Account, Kwara State Government House, and believed to be proceeds of crime.

He said that the order of final forfeiture of the plaza, located at University Road, Tanke Area, Ilorin, was given by Justice Sikiru Oyinloye of a Kwara State High Court sitting in Ilorin.

“In an affidavit deposed to by Musa Gidado, an investigating officer with the EFCC, Momonu is alleged of being complicit in the diversion of state funds.

“Gidado said that investigations revealed that Momonu used his influence as Accountant with Kwara State Government to award and inflate contracts for the construction of two classrooms at Ogbondoroko and Obanisuwa Communities in Kwara.

“Investigations further revealed that the respondent, who is a civil servant that earns less than N100,000 in a month, cannot afford to build the house known as Asmau Plaza between 2010 and 2012.

“That I know as a fact that the respondent was confronted with the above findings by the applicant, which he did not dispute .

He has also agreed to forfeit the property known as Asmau Plaza to the Federal Government of Nigeria.”
NAN