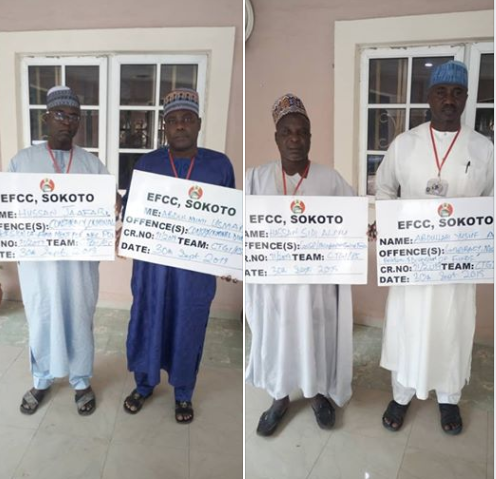 A statement by EFCC spokesman, Mr. Wilson Uwujaren, made available to newsmen by the commission’s Sokoto Zonal Office, on Wednesday in Sokoto said the arrest followed a petition by one Abdullahi Nasiru who wrote on behalf of all presiding officers that worked for INEC during the 2019 General elections in Zamfara state.

“This, alleging that the Adhoc staff were denied payment of their N6,000 movement allowance each for the two elections.

“They further alleged that what the Commission paid to them was different from what other states paid their Adhoc staff.

“The Commission allegedly paid its staff the sum of N9,000 in Zamfara while in other states like Sokoto State, the commission paid N12,000.

“However, investigation by the EFCC revealed that none of the 10,500 presiding officers who participated in the elections were paid their entitlements commutatively put at N84,696,000,” he said.

The statement said that the suspects would be charged to court as soon as investigations were concluded.