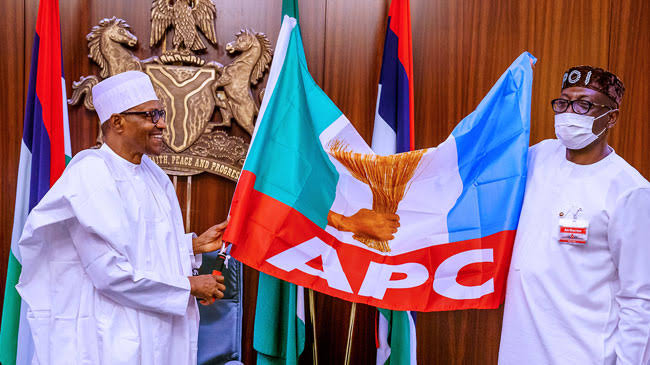 The BOS said this in a statement signed by the Chairman and Secretary of its Enugu State chapter, Chief Anike Nwoga and Mr. Godwin Onwusi on Sunday in Abuja.

It described Buhari as a statesman and father of the nation, adding that he had enriched the health of the country’s democracy by observing its core tenet.

“The BSO is happy that Mr. President enriched the health of our democracy by observing the core tenets of democracy.

“This, he did, by resisting the temptation to deploy the proverbial federal might in favour of our great party, the All Progressives Congress (APC),” the BOS said.

Also in another statement, the United Patriots had congratulated Gov. Godwin Obaseki for his re-election as governor of Edo.

The group’s National Chairman, Mr. Chukwudi Ezeobika said Obaseki’s victory remained a plus to the country’s democracy and an end to imposition of ill will on the electorate.

The group commended law enforcement agencies for their professional conduct before, during and after the election.

It commended, especially the Police for exhibiting high level of professionalism and devotion at election.

“We salute the courage and perseverance of the Edo people who turned out in their huge numbers to exercise their franchise and vote for the candidate of their choice.

“We remain resolute in our belief that good governance will enhance more participation of Nigerians in future elections and permanently dislodge the ills of “godfatherism’’ and imposition of candidates on the people against their wish.

“As we approach the Ondo State governorship election scheduled for Oct. 10, we are optimistic that the serenity, security and decorum exhibited by all stakeholders in the nation’s electoral process in Edo, will be brought to bear,” it said.

The group appealed to Nigerian youths to be part of this great struggle to redeem the country and its democracy from abuse.

It said this they could do by protecting and preserving the sanctity of the country’s electoral system, knowing fully well that the future of the country was dependent on such struggle.