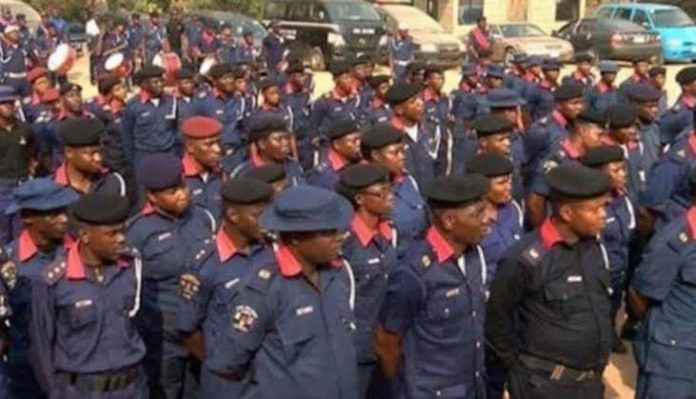 The Nigerian Security and Civil Defence Corps (NSCDC), said it deployed no fewer than 13, 311 personnel to Edo for today’s governorship election.
The personnel were drawn from across 10 states of the federation.
Deputy Commandant General (DCG), Madu Kelechi, in charge of operations who disclosed this in Benin on Friday, while briefing newsmen on the corps preparedness for the election, said that of the figure, about 7,331 personnel would be fully involved in the election while the others would be posted to protect critical national assets and infrastructure across the state.

According to him, the core mandate of the NSCDC was disaster management and the protection of critical national assets and infrastructure.

He added that the corps could not afford to leave the critical national assets in the state vulnerable to saboteurs because of the election, hence the deployment of some personnel to man the assets.

He also said that the personnel deployed had been trained at the corps headquarters in Abuja as well as by the NCDC on what to do as the election would be conducted in line with the COVID-19 protocols.

He further said that the corps had sensitised the personnel on behavior as well as how to handle situation especially vote buying.

Madu listed the states from which the personnel were drawn from to include Edo, Delta, Bayelsa, Anambra, Kogi, Imo, Ondo, Ogun, Lagos and Ekiti.