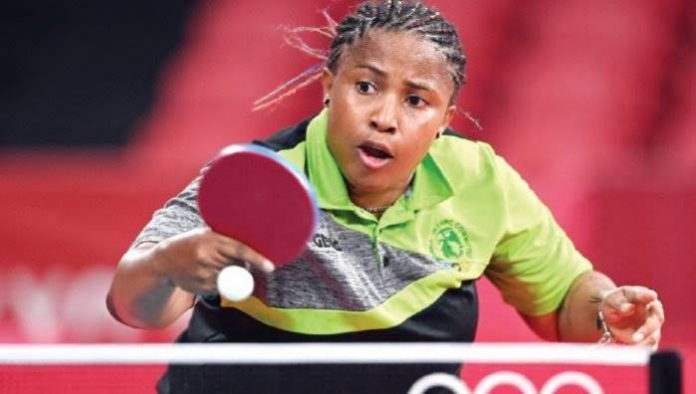 Offiong Edem on Monday bowed out of the women’s singles event of the table tennis competition at the ongoing 2020 Olympic Games in Tokyo.

Edem lost 4-1 to Lily Zhang of the U.S at the Tokyo Metropolitan Gymnasium, in spite of winning the first set 15-13.

After beating Hungary’s Dora Madarasz in her opening round fixture, Edem failed to maintain the momentum as she fell 2-11 and 2-11 in the next two sets under nine minutes.

The 34-year-old Nigerian did fight back, but she could not stem the tide as she lost 8-11 and 6-11 in the fourth and fifth sets respectively. (NAN)