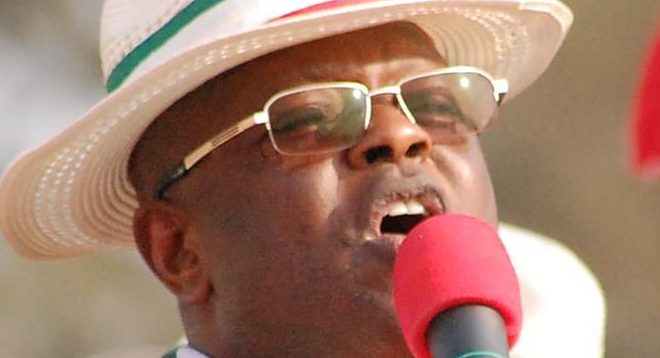 Several permanent secretary hopefuls in Ebonyi on Tuesday failed to recite the national anthem, states and capitals, among other questions they were asked in an interview session.

The News Agency of Nigeria, NAN, reports that the oral interview which came after a written test was supervised by Gov. David Umahi and his Deputy Mr. Kelechi Igwe, who was the chairman of the interview committee.

The interview session was televised live by the state’s television network and watched by hundreds of people across the state.

Two of the permanent secretary hopefuls, who are top civil servants, failed to recite the national anthem while another two could not recite the states in Nigeria and their capitals.

An amused Umahi jokingly told one of the interviewees to ask her children at home to teach her how to recite the states and their capitals.

The governor noted that two persons each from the 13 Local Government Areas of the state were selected, making them 26, including three serving permanent secretaries.

“The appointment of new permanent secretaries will be based on their performances in the exercise as my administration is poised toward reforming the state’s civil service.

He noted, however, that only intelligent and resourceful candidates would be selected to assist in repositioning the civil service.

NAN reports that the candidates, numbering 40 were given 42 questions to answer five each and were expected to score not less than 60 per cent.

The Ebonyi civil service had been run without permanent secretaries since the inception of the Umahi administration and the development had elicited diverse speculations, especially from opposition parties in the state.