It is still relevant to avoid reading from the ‘book of lamentation’ concerning Nigeria at this time as I noted here the other day. It is still a time to point the way forward for our leaders even if they often seek to arrest us when they interpret our intervention as bad verses.

That is why I would like to continue to appeal to our leader, President Muhammadu Buhari to listen to what the people are suggesting at this time. We need to persist since he hardly listens until the big men in the West, especially from North America threaten Abuja.

We should not hesitate in telling the president that at this time that he needs to learn a few strategies from the ancient words, which are ever so true. Such classics help leaders to do extra-ordinary things that often propel them to make history.

Doubtless, most of our leaders in recent times don’t care about the weight of verdict of history. They don’t listen. They listen only to sycophants who supply dubious consultants to them. They don’t listen to genuine experts who can help them make some difference. They kill prophets and oracles around them.

So, they also listen to unethical orators who mesmerise them with sophistry that doesn’t build any monuments. This has been our experience, especially in the last 21 years of democracy. Democracy has thus been demonised and is now being seen as a weapon of mass destruction of a country, no thanks to our democrats who celebrate mediocrity, impunity, profligacy, selfishness and arrogance.

From president Olusegun Obasanjo, through Musa Yar’adua to Goodluck Jonathan, we have witnessed all these banes. They never listened to voices of reason and wisdom. There were glimpses that Yar’adua was going to make some difference but the cold hand of untimely death unfortunately registered his goodness in a graveyard. He too didn’t listen to the voices that told him the letter of the organic law that only people of sound mind (health) should contest elections to be leaders.

We are beginning to notice that our President doesn’t want to listen again to the people who want him to finish strong. It stands to reason that most people and even organisations that have been suggesting to our leader on the expediency of changing service chiefs and other security chiefs always mean well.

There have been persistent calls on our president to rejig his security architecture and allow the longest-serving service chiefs (in our history) to go. Even the two national assembly chambers were last week noisy with calls on the president to allow the under-achieving security chiefs to go since their tenure expired long ago. It is strange that a statement after the commander-in-chief met with the same service chiefs a day after the national assembly noisy sessions on security concerns said they did not discuss tenure of the service chiefs.

So, if the people who elected the president and the parliament elected to make the president’s job remarkable cannot advise him, who else can?

The English word for this kind of attitude in the palace is arrogance. As I was saying, this is a time to ask whether Nigeria’s leader really understands the times and season we are in. That is why I would like to share this ancient word with our leaders on the expediency of ‘understanding the times’ and knowing what they ought to do for the country and states they govern.

In other words, our leaders need to understand that most times, they don’t have to work with only their ‘permissive will’. They need to work with the perfect will of God for the people to prosper and be in good health.

Our leaders need to listen to us because we now know that most of them assume office before they begin to think of what to do with the office. We now know that there is no organic manifesto anywhere. They craft their three-to-ten point agenda through artful consultants we didn’t elect.

So, let’s get cracking with the power of understanding the times so that they may know what to do.

“… men of Issachar, who understood the times and knew what Israel should do—200 chiefs, with all their relatives under their command” (1 Chronicles 12:32 NIV).

Often when Christians talk about “understanding the times,” it is a common assumption that we are focusing on prophecies relating to the second coming of Christ. As much as we love studying these kinds of prophecies, they only present a limited scope of what God intends for us to be aware of in our culture and throughout the world.

“Understanding the times” according to Dave Butts, is a mindset and a lifestyle that includes, but is not limited to, issues relating to the second coming of Christ.

There was an amazing group of people in the ancient times who lived that kind of lifestyle. They are called in Scripture the “men of Issachar.” In the Chronicles, it was said that these men “understood the times and knew what Israel should do.”

We should therefore believe our Creator is still raising up a new generation of this kind of spiritually sensitive, discerning people today – so that we know what we ought to do in the world’s most populous black nation on earth.

Scripturally speaking, true understanding comes from the fear of God. When we place ourselves before God and surrender our lives to His sovereignty, we begin to gain a more accurate understanding of what is happening, not only in our own lives but in the world around us.

As the Spirit of God permeates our lives and we do the right things, there is an increased awareness of His perspective on events. We no longer look at things around us from the limited perception of our own experiences, but are able to discern matters from the viewpoint of the one we call in our national anthem, ‘the God of creation’ we intentionally ask to ‘direct our noble cause’.

Practically speaking, we will still struggle most of the time to separate our own understanding from the God of creation’s. We rarely live up to our spiritual potential. Our own background and experiences so often colour our viewpoint.

Many times we do not understand the times in which we live because we have not asked Him what He thinks. The first step for many of us is to pray this simple prayer: ‘Almighty God, please help me to understand the times in which I live. May I not be dependent upon only political jobber’s and consultants’ opinions but always seek after Your accurate perspective on what is happening in my world – with a view to governing or managing your people well’.

In the opinion of a man of God, Butts, though the God of man certainly can demonstrate His perspective to us without any sort of human input, his strong suggestion is that He works more often through knowledge than through lack of knowledge.

But the cleric says, we will be more likely to gain clarity about what God thinks if we are carefully and closely watching what is already happening in the world. When a working knowledge of world or national events is wed with the Spirit of God, the result is always more understanding.

That is why we may quickly add to our leaders and managers, rather than watching the news or reading the newspaper and shaking your head over bad events, why not add to your watching and reading a prayer for discernment? As world events unfold, instead of submitting to despair or anger, seek the God of creation’s insight over what is occurring. The result will be an understanding of the times we live in.

The historical context, however, does not end with the men of Issachar merely understanding the times. They also knew what Israel should do. This adds wisdom to knowledge. Knowing information is one thing. Having the wisdom to know what to do with that knowledge is immensely valuable, in this regard.

Doubtless, we live in turbulent times and there appears to be little understanding of the times. There is probably even less wisdom to know how to deal with those times. Which is why we hardly make progress even in our development strides. The economy is a shambles. Corruption is fighting corruption. Civil service is curiously collapsing. In brotherhood we can no longer stand. Tribes and tongues are becoming more complicated. We therefore have something to learn from the classical ones. The teachers among the ancient tribe of Issachar must have been doing something right. It was not just one or two leaders who had this understanding of their times. There had to have been good teaching and mentoring for years to prepare the men of Issachar for their particular time of crisis. It seems from scripture that the 18,000 men and their 200 chiefs all had some understanding of the times and were led to take the steps of action that were appropriate for the people then.

How we need men and women like this today at all levels. We need mentors and discerning strong leaders who will spend time to know the heart of God about nation building and will then pay attention to what is happening around them.

These are the ones who can lead the nation into the action necessary to advance Africa’s most populous nation.

And so we need the president and all our leaders in all the states of the federation to understand that we expect them to understand the times and season in global context now. They need to understand, for instance, that the citizens cannot tolerate continued stay in office of the armed forces’ chiefs who declared Boko Haram technically defeated since 2016 when the same terror group is waxing stronger in 2020.

The Nigerian leader and his team should understand the times enough to know that loss of confidence in the judiciary in the country at this time is not sudden, for instance. We know that the loss of faith in the justice system began with the curious and ruthless way the then Chief Justice of Nigeria, Honourable Justice Walter Onnoghen, (the only Christian in the three arms of government then) was removed by an Administrative Tribunal, which strangely bypassed constitutional provisions for the removal.

Our leaders should understand that at this time, no fewer than four of the six geo-political zones have lost confidence in the already fragile federation.

And here is the thing, it is not clear at this time whether our leader in Abuja understands that his parochial appointments from only two geo-political zones in the country is at the core of why there is a groundswell of opinion that he has been quite insensitive, in this connection.

Do our leaders understand too that it is a reproach that Nigeria is not a member of G-20 economies in the world and the emerging market leaders classified as BRICS (Brazil, Russia, India, China and South Africa). When will the leaders of Africa’s most populous nation understand the times and be angry enough to work hard and make Nigeria great as a source of pride and confidence to the black race?

● This article was first published by The Guardian on February 2, 2020. 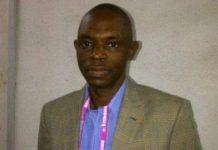 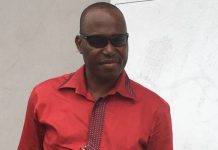 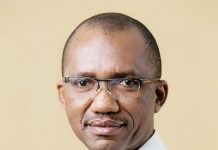 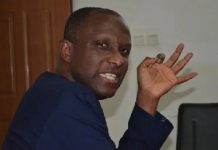 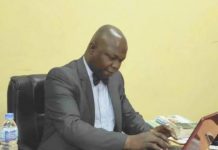 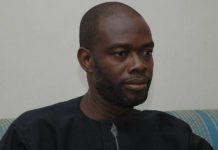 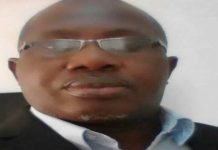 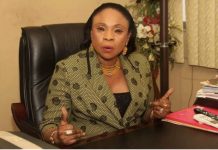 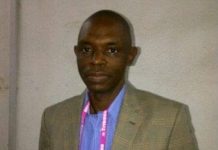 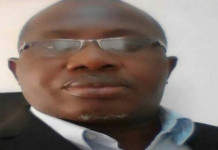