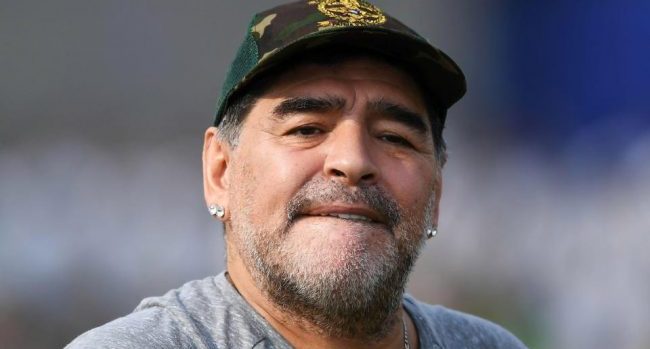 Police in Buenos Aires have searched the house and private clinic of Leopoldo Luque as they try to establish if there was negligence in Maradona’s treatment following surgery.

The 60-year-old died of a heart attack at his home where he was recuperating.

His daughters have pressed for details about their father’s medication.

Maradona had a successful operation on a brain blood clot earlier in November and was due to be treated for alcohol dependency.

READ ALSO: How My Father’s Killers Captured Him In Toilet After Heavy Gunshots – Son Of Assassinated Nasarawa APC Chair

Dr. Luque has stressed that he is co-operating with the authorities and that he had done his best for Maradona until the very end.

What is the investigation centred on?

Some 30 police officers began the early morning raid on Dr. Luque’s house – with another 30 going into his clinic in Buenos Aires.

The raids were ordered by prosecutors trying to build a picture of Maradona’s last days at home.

There are suspicions that the star’s convalescence at home might not have met the conditions of his discharge from the clinic, such as a 24-hour team of nurses “specialised in substance abuse”, the on-call presence of doctors and a stand-by ambulance equipped with a defibrillator.

Officials want to know how often Dr. Luque, who was the footballer’s personal doctor, went to see Maradona at his house.