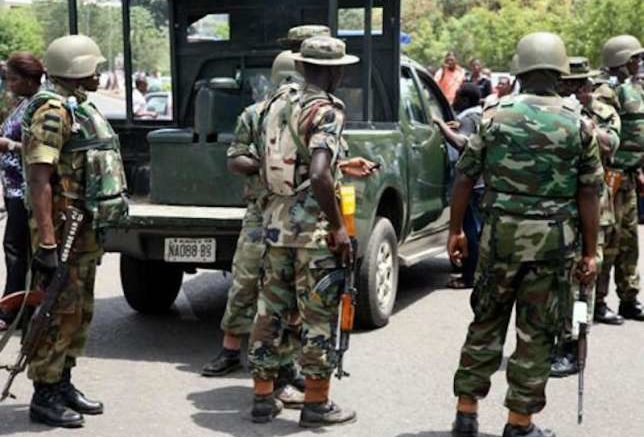 The Defence Headquarters (DHQ) has dismissed trending pictures and videos in circulation showing dumping of dead bodies into mass graves, purported to be bodies of people killed in military operations.

The Director, Defence Information, Maj.-Gen. Benjamin Sawyerr, dismissed the pictures and videos in a statement on Sunday in Abuja.

Sawyer said that a picture with the caption, “Alhamdulillah, Zamfara Must Secure” and several other viral gory pictures and videos were purported to have emanated from the ongoing military operations in the North-West and North-Central parts of the country.

According to him, it is pertinent to state that the allegation is false and malicious and has no link whatsoever with the operations being conducted by troops of the Armed Forces of Nigeria (AFN).

“However, it is true that the AFN are presently conducting successful military operations against bandits and kidnappers in line with their constitutional roles.

“These operations are conducted in strict compliance with the rules of armed conflicts, utmost professional manner, strict adherence to rules of engagement and respect for fundamental human rights and dignity.

“The viral pictures being circulated have nothing in common with the ongoing operations.

“This callous action of linking ongoing operations with falsehood is deliberate and thus seeks to tarnish the good image and reputation of the AFN,” he said.

Sawyerr stated that the military had been carrying out periodic media briefings where pictures of the operations were usually displayed to complement achievements in the ongoing operations.

He urge the public to disregard the gory pictures, assuring that the military would continue to perform its constitutional mandate of ensuring that the nation remained safe and peaceful for all law abiding citizens. (NAN)