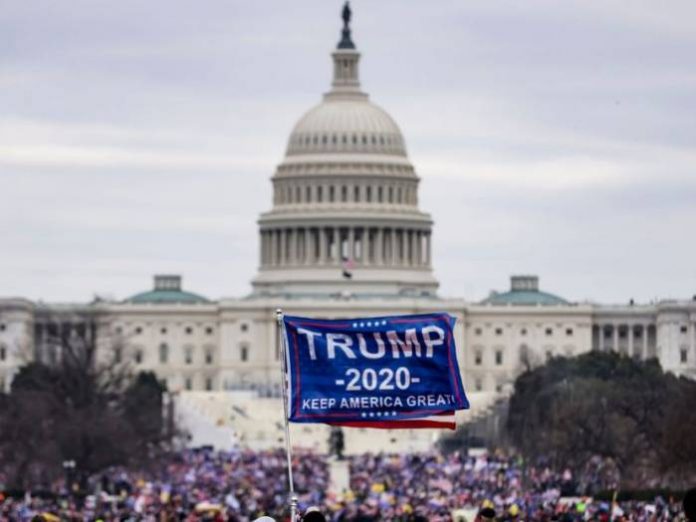 Democratic lawmakers are calling on President Donald Trump to demand that all of his supporters leave the Capitol building after they broke in to interrupt a joint session of Congress to certify the results of the U.S. presidential election.

The U.S. Capitol building is on lockdown and the debate over whether to certify the results of the November U.S. presidential election, which president-elect Joe Biden won, was halted after protesters entered the building.

U.S. lawmakers are hiding in the building as protesters enter both chambers of Congress.

Trump has sent the National Guard to aid police, but has not demanded that his supporters stand down or leave federal property.

Meanwhile, a top official of the European Union (EU) has xpressed concern over the developments in Washington.

European Parliament President David Sassoli said in a tweet that he was deeply concerned at the events unfolding in Washington.

“Deeply concerning scenes from the U.S. Capitol tonight. Democratic votes must be respected.

“We are certain the U.S. will ensure that the rules of democracy are protected,” Sassoli writes in a tweet. (dpa/NAN)