Home News South-South Delta Govt. To Revoke Cs of O Of Undeveloped Plots In May... 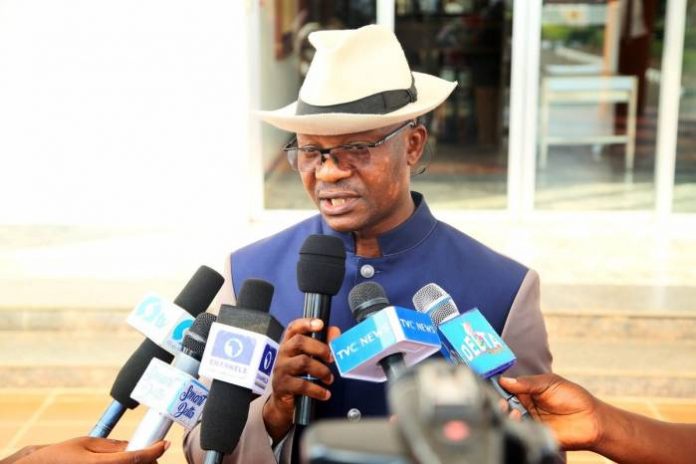 Delta Government says it will, by May, revoke the Certificates of Occupancy (Cs of O) of undeveloped plots issued in the last two years in the urban areas of the state.
The state Commissioner for Information, Mr. Charles Aniagwu, dropped this hint at a news conference in Asaba on Monday.

Aniagwu said that owners of such undeveloped plots with government Cs of O had been given three months notice to begin development or risk forfeiture of such plots.

He explained that the government decision to revoke the Cs of O of such plots followed the ongoing property enumeration in the core areas of the urban centres across the state.

He said the exercise had revealed clear violation of the land use act which demanded that the allottees should begin development of such properties least two years after securing the land.

The commissioner said that it was unfortunate that those who acquired plots in the state had become “land bankers,” and kept the plots for speculative purposes.

“Government gave them land and Cs of O and by the rules, within two years, such individuals are expected to have developed their plots.
“But these “land bankers” who have become merchants are hinging on our ability to fast-track development of our urban centres.

“Instead of developing the land given to them, they have continued to speculate and keep these plots such that even at the city centres, you see a very thick bush.

“Meanwhile, the Cs of O of the plots were granted several years in the past,” the commissioner said.

Aniagwu noted that the activities of the land speculators had continued to deface the major cities and was hinder the urban renewal agenda of the Gov. Ifeanyi Okowa-led adminstration.

The commissioner noted that the administration focused on development, beautification and jobs creation for the teaming unemployed youths.

“Recall that in 2015, one of the government’s SMART Agenda was aimed at transforming the environment through urban renewal.

“Not long ago, as part of our effort to fast-track the transformation of our urban centres, we commenced the process of enumeration of lands and landed properties across the state.

“As a government, from today, we are giving only three months notice to those who got the government plots and Cs of O since two years to develop them.

Government will take advantage of the provision of Section 5 of the Land Use Act to revoke the certificates,” Aniagwu said.

He said that government would promptly identify and allocate such revoked land to willing investors to ensure effective use of land and development in the state.

“If they do not have money to commence development between now and May, they are at liberty to explore other legitimate ways to engage other people to develop such parcels of land.

“We have not engaged anybody as ‘land banker.’ If we give you land, proceed to develop it. We are interested in fast-tracking our urban renewal drive; it is not targeted at anybody.

“It is unfortunate that some of these lands were allocated to these persons more than 10 years ago, but all they could do is to fence and nurture them,” he said. (NAN).