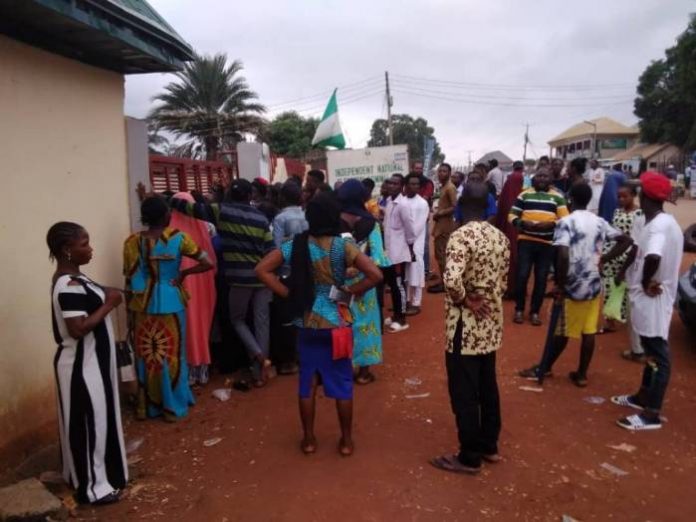 Some residents in Kuje Area Council of FCT have appealed to the Independent National Electoral Commission (INEC) to extend the Continuous Voters Registration (CVR) to enable eligible voters get registered before the 2023 general elections.

The residents made the call in separate interviews with the News Agency of Nigeria (NAN) on Sunday in Kuje.

They said that those willing to register had been coming out in large numbers in vain.

NAN reports that the exercise, which had been generally peaceful, orderly and hitch-free at the Kuje INEC office and some registration centres, experienced crowd of registrants on the day of the deadline.

The registrants included people who want to register for new Permanent Voter Cards (PVCs), people whose cards had been defaced and those that wanted to effect transfer to another polling unit.

Mr. Abraham Gado, a registrant, said the success of the 2023 general election depended a lot on public perception of INEC as neutral and fair to all.

Gado insisted that large number of people in the six area councils were yet to register and collect their PVCs.

However, he acknowledged that the deadline for registration had been previously extended but appealed that INEC should consider extension so as not to disenfranchise anyone.

“If this deadline is not extended, millions of Nigerians will be disenfranchised and this may enhance the narrative of not choosing good leaders, which is not good for democracy in Nigeria.

“The extension is very important as it will build public trust towards peaceful electoral outcomes in the 2023 general election,” he said.

Mr. Luka Ayuba, another registrant, reminded the electoral umpire of the provisions in the amended Electoral Act, which allowed for the extension of the voter registration.

Ayuba described the exercise as tedious and cumbersome, marred by delay in capturing, slow process and other technical hitches.

He, therefore, appealed for extension and deployment of more machines to different electoral wards in the area to fast track their registration and enable large number of people to be captured.

“This would result in the disenfranchisement of millions of Nigerians willing and eager to perform their civic responsibilities in the 2023 polls.

“Given the foregoing, we call on INEC to extend the Continuous Voters Registration till at least the end of August 2022.

“If the registration is extended it will help compensate for the identified technical difficulties faced and assure Nigerians that INEC is seen to be fair to all,” he said.

Allawa said another major challenge the commission was facing was issue of poor network, which had been slowing down the process during capturing.

He added that adequate priority was being given to Persons with Disability (PWDs), the elderly and pregnant women in the area.

“We have been asking people to come out and register for a long time, this mentality of coming out at the last minute have to be discouraged.

“For long people refused to come out to register and now that the closure for the exercise is drawing nearer, people are trooping out in large numbers,” he said. (NAN)