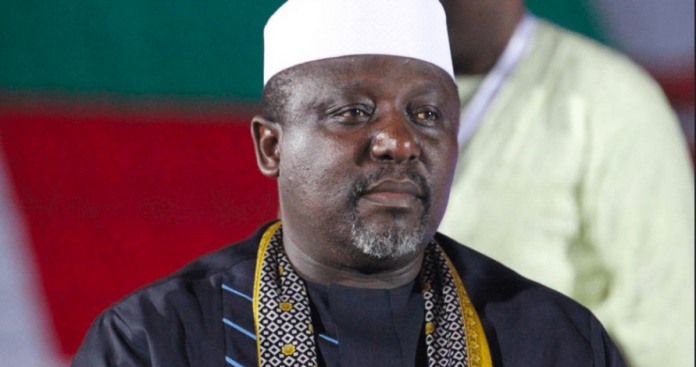 A Federal High sitting in Port Harcourt, Rivers State, has ordered a former governor of Imo State, Rochas Okorocha and his family not to sell or alienate any of the properties that were subject of an interim order of the court pending the conclusion of investigation by the Economic and Financial Crimes Commission, EFCC.

Recall that the court had on July 25, 2019, made an interim order of forfeiture of five properties owned by Okorocha and his family to the Federal Government.

They had in the motions filed on August 8, prayed the court to vacate the interim forfeiture order.

Justice Omotosho directed the applicants to, on or before Tuesday September 17, 2019 depose to an affidavit of undertaking and adjourned to September 27, 2019 for report.