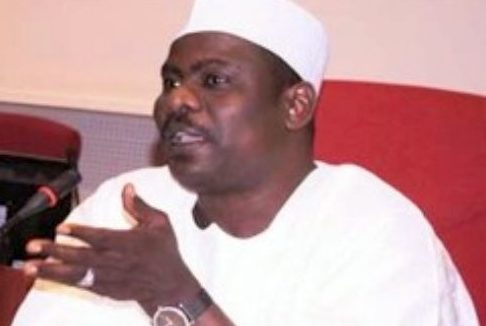 Justice Abang had on Monday ordered that Ndume be remanded in a Correctional Centre over his suretyship for Abdulrasheed Maina who is believed to have jumped bail.

Maina, a former chairman of the defunct Pension Reformed Task Team, is standing trial for alleged money laundering to the tune of N2bn.

Ruling on Ndume’s bail application on Friday, Justice Abang said he was moved to grant him bail because of his good behaviour during the trial.

He held that the argument by Ndume’s lawyer, Marcel Oru, that the senator’s legislative duties would continue to suffer if denied bail did not hold water.

He granted bail to the senator pending the hearing and determination of his appeal at the Court of Appeal to challenge the order sending him to jail for his inability to produce the fleeing Maina.

According to the ruling, Sen. Ndume is to produce one responsible Nigerian as surety who must resident in Abuja and present evidence of ownership of property anywhere within the city.

The surety must also depose to an affidavit of means indicating his readiness to forfeit the bail guaranty should the senator jump bail.

Furthermore, Juatice Abang said Ndume should deposit his passport with the Chief Registrar of the court.