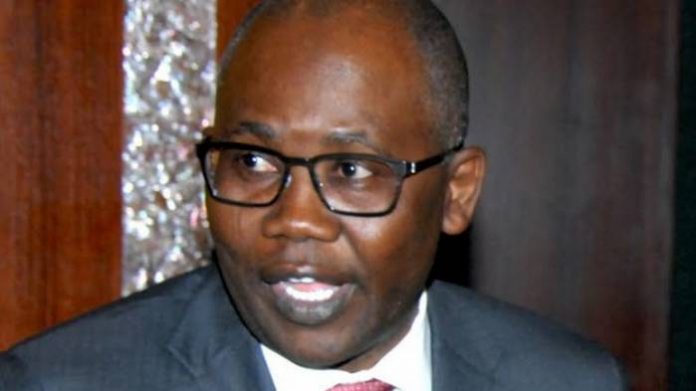 An Abuja High Court on Thursday granted former Attorney General of the Federation, Mr. Mohammed Adoke bail in the sum of N50m and one surety.

Mr. Adoke is standing trial on fraud charges preferred against him and others by the Economic and Financial Crimes Commission.

He has pleaded not guilty to the charge.

Justice Idris Kutigi in the ruling also said the surety must be a Nigerian citizen with landed property within the jurisdiction of the court.

The surety must also appear with the defendant throughout the period of trial.

Musa also said Adoke should deposit his international passport with the Registrar of the court.

The judge equally granted bail to the second defendant, Aliyu Abubakar in the sum of N50m with two sureties who must have landed properties within the jurisdiction of the court.

Abubakar also is to deposit his international passport with the Registrar of the court.

Kutigi stressed that any breach of the bail conditions during Abubakar’s trial will lead to immediate revocation.

He said the sureties must also attend the trial with the defendant.

The third defendant, Rasky Gbinigie was granted bail in the sum of N10m with one surety.

Gbinigie was asked to sign an undertaking not to interfere with the trial or further investigation by the EFCC.