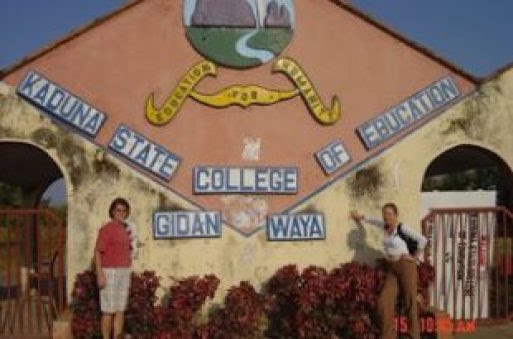 Kaduna State College of Education (CoE), Gidan Waya, is getting set to commission soon to be completed projects sponsored by the Tertiary Education Trust Fund (TETFund).

Our correspondent who visited the school for an on-the-spot assessment of the infrastructure at the permanent site in Gidan Waya, Jema’a Local Government Area (LGA) of Kaduna state, reports that the projects being completed under the watch of the new provost, Prof. Alexander Kure, have given a face lift to the school.

The Projects valued at the cost of N750 million are nine in number including a new block of offices for Academic staff valued at N258 million for which N126 million has been paid to the contractor M/S Hayes Multi System Ltd.

Another big project at the verge of completion is the construction of the N125 million ICT Resources Centre which, when completed, will make the college one of the ICT hubs in Kaduna state.

According to documents obtained from the school, the project is handled by M/S Denmark Construction who has been paid the sum of N62 million.

In addition, another contractor, M/S Hannasons Nig. Ltd, is equipping the ICT Centre with about 700 computers and related facilities including its furnishing at a cost of  N125 million. Already, the sum of N106 million has been paid to the contractor.

There is also the construction of an ultra-modern Physical Health Education Complex complete with indoor games facilities, one which excites the students.

After completion, the complex which costs N162 million, will have a sports hall with modern equipments including a gymnasium and exclusive classrooms and staff offices for its PHE department.

A staff who didn’t want to be named expressed joy at the construction saying “It’s going to be the best we have ever had in Kaduna and neighbouring states and it will attract very respectable sport instructors and sports enthusiasts all over the country.”

Our investigation also revealed that TETFund had abandoned funding of these projects since 2018, when inspectors from the Federal Government funding agency could not match the level of money disbursed and the percentage of work done on site.

Speaking to The Next Edition, the Public Relations Officer (PRO) of the school, Mr. Danladi Aduwu, stated that “TETFund said it will not pay another kobo on the projects as long as there was discrepancy in the percentage of job done and money paid out to the contractors before 2018.

“This was the situation that the current Provost, Prof. Alexander Kure inherited when he became the Provost of the School in 2018,” he said.

“I cannot count the number of trips that the Provost of the school  made to TETfund Headquarters in Abuja to convince its management that under his watch, all monies released for TETfund projects in the school will be accounted for.

“What he did was to get the contractors and make them return to site. And once they returned and took the project commensurate to the funds released, TETFund became confident in the new leadership and that is how you see all the revolutionary strides in infrastructure that the school is enjoying.

“He is renovating dilapidated structures and improving on the poor road networks even with the tiny running cost he gets. He has also turned around our Consultancy Services at our Kafanchan Campus.

“The Provost has always maintained that he does not want to disappoint Governor Nasir el-Rufai who appointed him, knowing that the governor is a man of class and taste when it comes to learning,” he said

While acknowledging that the school is the most important government asset in Southern Kaduna, which churned out quality manpower into the Nigeria educational sector, the provost is matching words with action on his promise to improve on the condition of the school from where he met it.