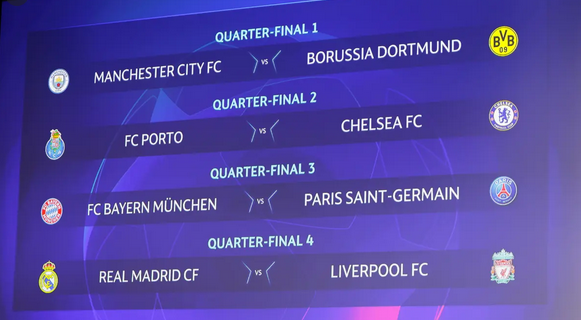 Liverpool have been drawn against Real Madrid in the European Champions League quarter-finals, a repeat of the 2018 final, with Chelsea facing surprise package FC Porto.

The first legs of this season’s quarter-final clashes will take place on April 6 and 7, with the return dates being staged a week later.

Semi-final encounters are slated for April 27 and 28, with the second legs a week later.

The Champions League final will take place on May 29 at the Ataturk Olympic Stadium in Istanbul, Turkey.