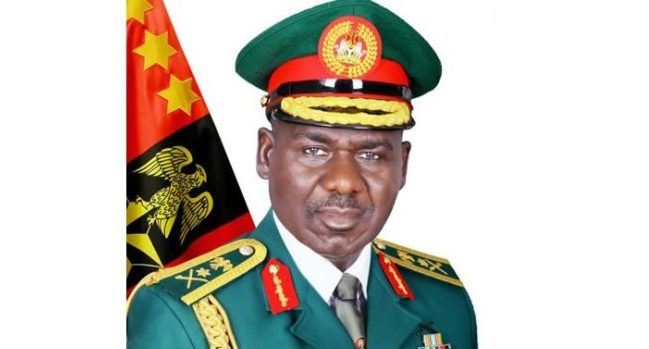 The Nigerian Army has approved new postings and appointments for its officers.

According to him, the new postings and appointments involved the appointment of the newly promoted Lt. Gen Lamidi Adeosun, the erstwhile Chief of Training and Operations now redeployed as Chief of Policy and Plans of the Army.

He said that Maj. Gen A.O Shodunke from Army Headquarters Department of Army Standards and Evaluation was appointed as Chief of Defence Logistics, Defence Headquarters.

He added that Maj. Gen E.O Udoh from the Army Headquarters Department of Army Logistics has been appointed Chief of Training and Operations, while Maj. Gen. M.S Yusuf who was the General Officer Commanding 81 Division has become the Chief of Administration (Army).

“Others include; Maj. Gen. A.B Omozoje of Army Headquarters Department of Policy and Plans, who is now the General Officer Commanding 2 Division Ibadan.

He also disclosed that Maj.Ge n O.T Akinjobi from the Headquarters Sector 3 Operation LAFIYA DOLE would become the Director Standards and Evaluation at Defence Headquarters.

Musa said that the Chief of Army Staff wished them well in their respective appointments and charged them to take their new responsibilities seriously and discharge all duties professionally with utmost loyalty to Service and Nation.

He said that all the appointments take immediate effect.