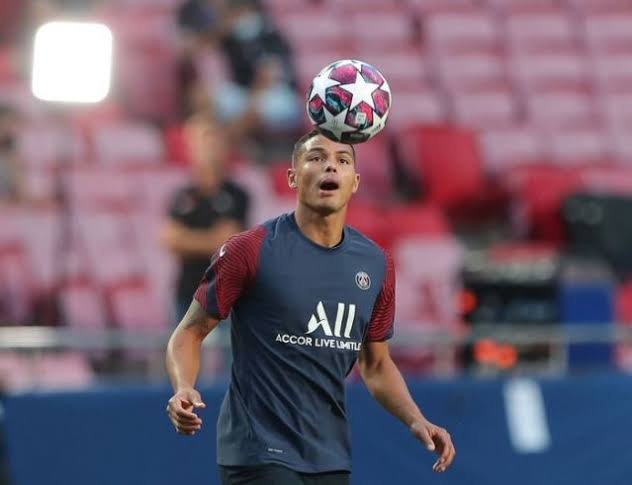 Chelsea’s new Brazilian defender, Thiago Silva said the desire to play at another World Cup and win trophies in England had prompted him to seek a fresh challenge in his mid-30s.

The former Paris St Germain centre back, who is 36 on Tuesday, signed a year-long deal plus the option of a further 12 months at Chelsea and said he could not wait to get started.

“Normally, at 35-36… players leave the Premier League but I’m doing things the other way around,” he told Chelsea’s website.

“It helps when you’re welcomed so warmly, particularly by a coach (Frank Lampard) who played until relatively recently, because in football there are strong preconceptions regarding the age of players.”

Silva, who has 89 caps for Brazil and has played in three World Cups, will be 38 when Qatar hosts the next edition in 2022.

“The prospect of playing at the next World Cup is another thing that really drives me. I’ll be more or less 38 by the time and I’m hugely motivated to be in good shape for it,” Silva said.

“What motivates me, day by day, is the hunger to win… everything within my reach.

“Coming to the Premier League, my main goal is to win the league title and I’m certain we’ll be fighting for that every step of the way,“he said.