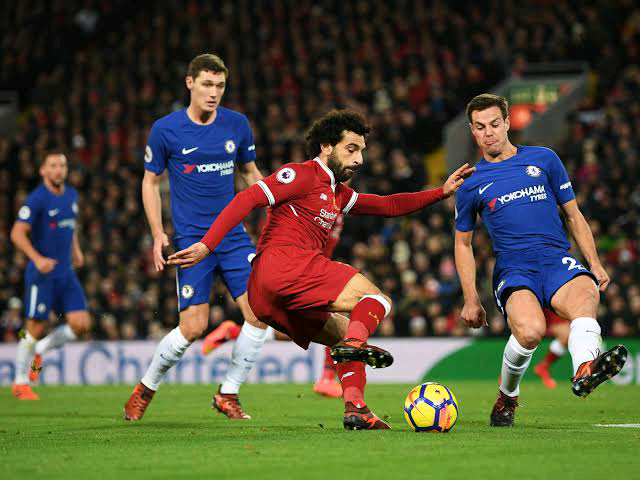 Chelsea recovered from two goals down to draw 2-2 with Liverpool in a breathless encounter between the two faltering title chasers at Stamford Bridge on Sunday.

All the goals came in the first half with Mateo Kovacic and Christian Pulisic bringing Chelsea level just before the break after Sadio Mane and Mohamed Salah had put Liverpool in front.

The result meant Chelsea remained second on 43 points from 21 games, one point ahead of Liverpool, who have a game in hand. Leaders Manchester City have 53 points from 21.

Liverpool defender Virgil van Dijk said it was not inevitable that City would end up with the title.

“Nothing is impossible, It’s a big gap but it’s football and anything can happen,” he told the BBC.

Liverpool quickly had the game in their grip through Mane and Salah before they departed for the Africa Cup of Nations.

Mane, who escaped with only a yellow card after elbowing Chelsea captain Cesar Azpilicueta in the face in the opening seconds, capitalised on an error by Trevoh Chalobah to open the scoring in the ninth minute.

Salah doubled the lead 17 minutes later when he ghosted past Marcos Alonso to reach a Trent Alexander-Arnold pass and lifted the ball over goalkeeper Edouard Mendy from a tight angle.

Chalobah redeemed himself after his earlier mistake with a last-gasp tackle to stop Salah scoring a third for Liverpool, whose coach, Juergen Klopp was also missing due to COVID-19.

The Blues clawed their way back into the game in the 42nd minute when Kovacic majestically volleyed in off a post from the edge of the box after a punched clearance by Liverpool’s reserve keeper Caoimhin Kelleher.

Four minutes later, Chelsea were level when Pulisic latched onto a pass by N’Golo Kante that beat Liverpool’s offside trap and the American forward coolly lifted the ball over Kelleher into the net.

Both sides went close in the second half with Mendy and Kelleher pulling off good saves.

Mendy, who is also due to head to the Africa Cup of Nations which starts on Jan. 9, palmed away a Salah shot in the 57th and had to repeat the feat two minutes later to save from Mane.

In the 62nd, Kelleher, who replaced Allison Becker, one of three Liverpool players out due to COVID-19,  saved a close-range header by Pulisic.

The Ireland keeper was in action again to stop a Mason Mount shot 20 minutes later.

Pulisic told the BBC that the hosts felt stunned to be two goals down.

“It was an incredible first half. You feel after we got the momentum and get back 2-2; it’s a bit frustrating not to get the winner but probably a fair result in the end, ” he said. (Reuters/NAN) 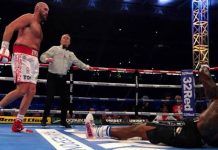