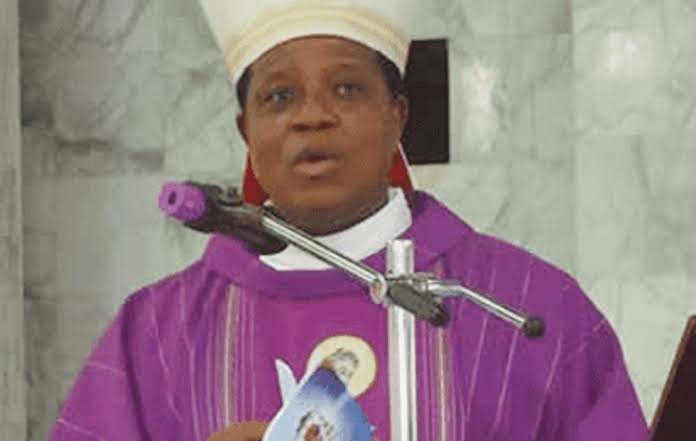 A cleric, Bishop Godfrey Onah, has blamed Christians in the National Assembly (NASS), for the recent passage of the 2020 Companies and Allied Matters Bill (CAMA), signed into law by President Muhammadu Buhari.

Onah, who is of the Nsukka Catholic Diocese, said in a remark during the Sunday Mass that if Christians in NASS had opposed the bill it would not have been passed into law.

President Muhammadu Buhari had on Aug. 7, signed the CAMA bill into law, giving provision for religious bodies and charity organisations to be regulated by the registrar of the Corporate Affairs Commission (CAC), and a supervising minister.

“The question many Christians have been asking is, where were Christian legislators during the debate of this bill and its passage in the National Assembly?

“Because, if they had opposed this bill on the floor of the house it would not have been passed and sent to the president for assent.

“I blame Christian legislators for doing nothing and allowing the passage of the 2020 CAMA Act,” he said.

The cleric, however, wondered what Federal Government wanted to achieve in monitoring how the finances of churches in the country are managed when it contributed no dime to the church.

“Government should focus and monitor its ministries, agencies and other government institutions where it budgets billions of Naira annually and not church offerings.

“Had it been that government gave allocations to churches and decided to monitor its usage, nobody will question government,” he said.

Onah urged government as a matter of urgency to withdraw the law and amend it, since the 2020 CAMA posed a threat to churches in the country.

“It is unfair that the church is grouped among Non-Governmental Organisations (NGOs), in the country that should be monitored and controlled by Corporate Affairs Commission (CAC).

“The most annoying part of it is that the act empowers the CAC to suspend board of trustees including those of churches suspected to have mismanaged its finance and appoint interim managers to manage their affairs.

“If this law is implemented, what it means is that churches in the country have been reduced to ordinary secular organisations,” the cleric noted.