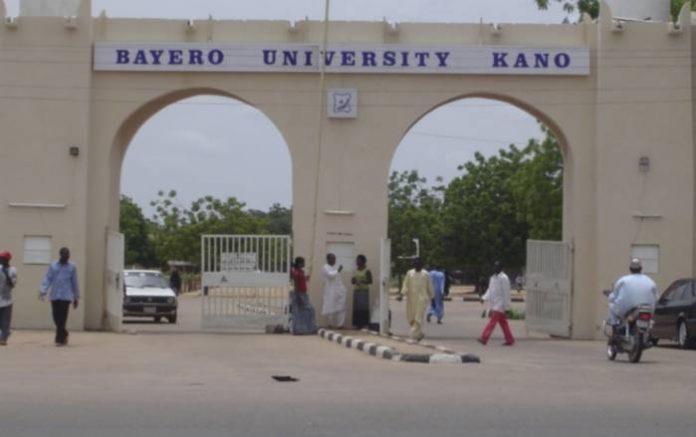 Bayero University, BUK, Kano, said it has expelled about 24 students from the institution for falsification of their entry qualifications.

Most of those affected were in their final year of studies according to a press release issued by the university’s spokesman, Lamara Garba on Friday.

Garba disclosed also that the expulsion was approved by the Senate of the University at its 374th meeting which held on Wednesday, July 31, 2019.

The statement, however, said 18 students would be re-invited to appear before the Senate Committee on Entry Qualification Irregularities, to give them fair hearing.

It said that the Director, Examinations, Admissions and Records (DEAR), Amina Umar-Abdullahi, had explained that their expulsion followed the adoption of the report submitted by the Senate Committee on Entry Qualification Irregularities.

It added that the action of the expelled students contravened category 3.6 and 3.8(a) of the DEAR.

A breakdown of the expelled students indicated that 10 were of the Faculty of Education, nine from Faculty of Social and Management Sciences while Faculties of Law, Agriculture, Science, Engineering and Arts and Islamic Studies had one each.

It said that the university would continue to screen the credentials of all students to ensure that they meet all criteria for admission.

Meanwhile, the Council for the Regulation of Engineering in Nigeria, has given five years full accreditation to the university’s degree programmes in Chemical and Petroleum Engineering.