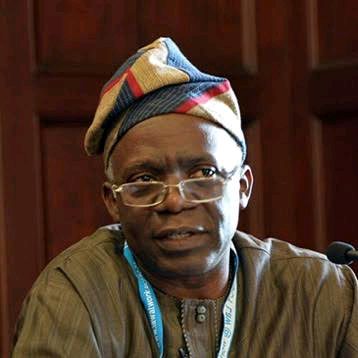 Falana explained that section 87 of the current Electoral Act provides for either direct or indirect primaries, adding that the President was a beneficiary of direct primary.

He said: “The reason adduced for the rejection of the Electoral Amendment Bill is grossly misleading.
Section 87 of the current Electoral Act provides for either direct or indirect primaries. In fact, the APC used direct primary for the emergence of its presidential candidate in the 2019. In other words, President Buhari is a beneficiary of direct primary.

“By rejecting the Bill on the ground that it provided for direct primary the President decided to throw away the baby and the bath water.
Thus, the President rejected electronic voting which he had endorsed when he admitted that he is a beneficiary of electronic accreditation of voters by the use of card readers.

“With respect, direct primary is in consonance with section 223 of the Constitution which has imposed a duty on political parties to elect their officers through democratic elections. There is no provision in the Constitution for imposition of candidates by money bags  through indirect primaries.

“The INEC has submitted a bill of N305 billion for the entire 2023 general elections. So who conjured the figure of N500 billion for the primaries to give the impression that it is an expensive venture? In any case, since electronic voting had been adopted by the National Assembly it was going to be used for both primary and general elections. So the cost would have been significantly reduced. The fear of insecurity is a red herring in that political parties have continued to hold huge rallies even in defiance of Covid 19 restrictions imposed by the Federal Government.

“Having rejected to assent to the Electoral Amendment Bill in 2018 and 2021, President Buhari has confirmed beyond any shadow of doubt that his administration will not allow the Independent National Electoral Commission to conduct credible elections in 2023 and thereafter. That is going to be the tragic legacy of the President and the ruling party that were campaigning for electoral reforms before the 2015 general elections.

“The challenge before the National Assembly is to invoke the provision of section 58 (5) of the Constitution to pass the Bill into law by the resolution of two thirds majority of the members. However, if the national assembly cannot muster the required two thirds majority, section 87 of the Act which allows direct or indirect primaries should be left intact so that the other provisions of the Electoral Amendment Bill 2021 can be passed again by the legislators and assented to by the President.”