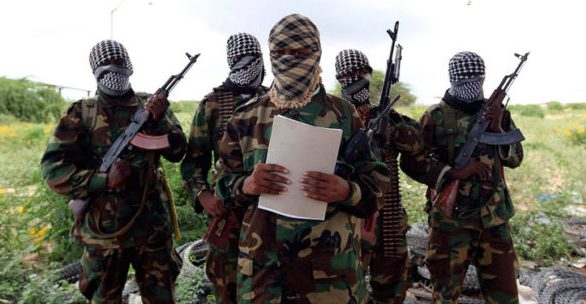 The United Nations (UN) has noted that Boko Haram fighters have stepped up the use of women and girls for suicide bombings.

Noting a progress in the war against the jihadist by the four countries of Nigeria, Chad, Niger and Cameroon, the UN said while children were deployed in 135 such attacks in 2017 – a five-fold increase over the previous year.

Therefore, UN Deputy Secretary-General, Ms Amina Mohammed, said it was critical to shore up areas of Lake Chad Basin that have been freed from the grip of Boko Haram terrorists.

Mohammed, in a video address to the Security Council, also called for efforts to rebuild the lives of women and girls that had suffered in the hands of the terrorist group.

She said recent joint efforts of Nigeria, Chad, Cameroon and Niger had resulted in “considerable progress” in the fight against the extremists.

Mohammed, speaking via video-conference from Liberia where she participated in celebrations to mark the end of the UN peacekeeping mission noted the liberation of hostages as well as territorial gains.

“It is now key to stabilise the areas that have been reclaimed, and that we seize the opportunity to really promote sustainable development,” she said.

Mohamed was joined by Mohammed Bila, a representative of the Lake Chad Basin Commission based in N’Djamena, and Senior Conflict Adviser at Adelphi, Chitra Nagarajan.

They painted a picture of the factors behind people’s suffering in the Lake Chad Basin and driving some to terrorism one year after the Council adopted its first resolution on the activities of Boko Haram in the region.

Boko Haram, an Islamist militant organisation based in north-east Nigeria, has carried out raids, suicide bombings and kidnappings across the Lake Chad region over the past decade.

Their operations have led to displacement, insecurity, destruction of infrastructure and what Mohammed described as a “complex and dire” humanitarian situation, with nearly 11 million people requiring assistance.

The group gained international notoriety in 2014 after abducting more than 270 girls from a government school in Chibok, Nigeria.

It is believed to be behind the kidnapping last month of 110 schoolgirls from the Nigerian town of Dapchi, most of whom were safely returned this week.

Overall, Boko Haram has abducted more than 4,000 women and girls, according to the UN deputy chief, who added that those who returnedd to their communities were often stigmatised.

As the violation of human rights continues to fuel insecurity in the Lake Chad Basin region, Mohammed said investing in community justice mechanisms would be essential for reconciliation, as well as for ensuring accountability and promoting peace.

She stressed the need to incorporate human rights and gender dimensions into activities aimed at countering terrorism or preventing violent extremism.

She said the increase in Boko Haram’s use of women and girls as suicide bombers could be due to a lack of women security officers who could search other women at checkpoints.

The UN deputy scribe also called for more international action to support children affected by the upheaval in the region.

Also briefing, Nagarajan, who is based in northeast Nigeria, also used her briefing to touch on the gender-related aspects of the crisis and its impact on persons with disabilities.

She spoke of how women and girls were pushed into early marriage with combatants, for example, or they fall victim to sexual abuse and exploitation, including at the hands of people who were supposed to protect them.

“Men and older boys are often the first to flee insecure areas,” she said, speaking via video-conference from Maiduguri adding, women and girls were deliberately targeted, killed and forcibly recruited by armed groups.

“They’re viewed with suspicion, arrested, and detained by security agencies, and they are involved in fighting, leaving women of all ages, as well as girls, younger boys and older men struggling to cope.”

Mohammed Bila, a Remote Sensing Expert with the Lake Chad Basin Commission, spoke of how climate change had had an impact on water governance.

Bila said the shrinking of Lake Chad had affected communities which depended on its shoreline to grow crops, leading to increased competition for water, accusations of river diversion, loss of livelihoods and social tensions.

He told the Council that the environmental monitoring network there was “inadequate, sparse, poorly funded and operated,” with only one water level measurement station for the entire lake.

“The environmental challenges facing the Lake Chad basin are interconnected to the challenges of climate change faced by the region of the Sahel of Africa.

“Consequently, addressing the climatic root causes of local challenges through risk assessment and management will require a similar solution at the Sahel regional level,” he said.