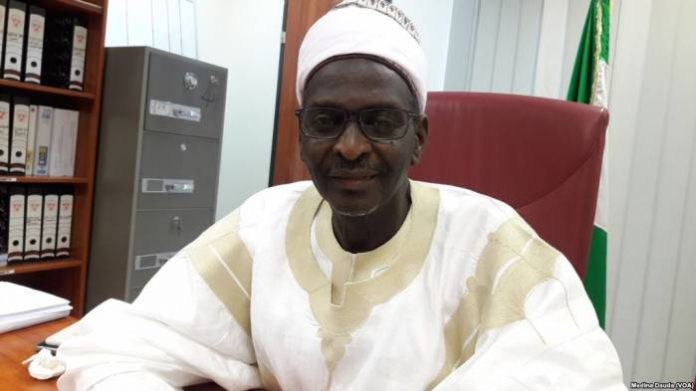 A bill seeking to rename the Federal Polytechnic in Daura, Katsina State, to immortalise late Senator Mustapha Bukar has passed second reading in the Senate.

Late Bukar who represented Katsina North in the 8th Senate, sponsored the bill that established the Federal Polytechnic Daura.

His successor in the Senate, Senator Ahmed Babba Kaita, meanwhile, is the sponsor of the bill seeking to rename the Polytechnic.

A statement issued by the Special Assistant to the Senate President on Media, Mohammed Isa, said Senators in their numbers eulogized their late colleague, recalling memorable moments they had together in the red legislative chamber while he was with them.

According to him, all the speakers were in agreement with the idea of immortalising Bukar as a way of encouraging public office holders to strive to leave a legacy.

“It is a very good example of the kind of attitude politicians should have.

“We are normally seen as bad people because people hardly understand us even though they trust us as we are always elected. This time around, we will go further in giving a positive impression that we should give Nigerians and people we represent,” the statement quoted Lawan as saying while appreciating Kaita for initiating the bill.