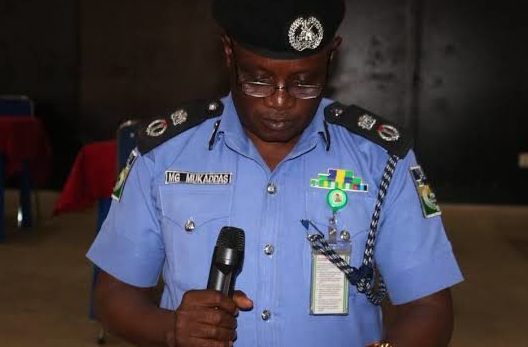 The Benue State Police Command has rescued a medical doctor, Emmanuel Orhember, three days after he was abducted by notorious kidnappers.

The Police Public Relation Officer, PPRO, DSP Catherine Anene, who disclosed this while speaking to newsmen at the command headquarters in Makurdi, said he was rescued by the police elite squad of Operation Zenda.

Anene said the medical doctor with Baiki Hospital, Gboko Local Government Area, was found and rescued from kidnappers den in Mbayior forest after three days in captivity by Operation Zenda led by SP Justin Gberindyer, who engage the kidnappers in a gun duel killing three of the them while others fled with bullet wounds.

Anene noted that Gboko local government area of the state has been rife with kidnapping as more than 50 persons have so far been kidnapped in the last eight months, a situation which has made residents of the community very apprehensive.

DSP Anene, however explained that the last three months have been very peaceful since the deployment of special operatives by the state police commssioner, Garba Mukkadas to comb every hideout in Gboko, adding that the kidnap of the medical doctor last week drew the attention of the command which quickly sent operatives to fish out the culprits.

She said the police is on the trail of the fleeing kidnappers while the doctor has been reunited with his family,

She therefore, implored residents in the state particularly those living in Gboko to avail the police and other security agencies useful information that will help nip crime in the bud.

Dr. Orhember, who spoke to newsmen, thanked Operation Zenda and the police commissioner, CP Garba Mukkadas for their quick intervention.

Narrating his ordeal, the medical doctor said some gun men stormed his house and in a commando style, blindfolded him and took him away.

He stated that for the three days he stayed in their hideout, he was lying on the ground and being beaten. He said they bruised his head with iron while his ankle and leg were shot at by one of the abductors as they kept asking him to provide money which he said he never had.

He therefore gave glory to God when the police came in swiftly to rescue him, saying he remained thankful to God for saving his life.