The Peoples Democratic Party (PDP), Benue State Chapter, has described as a comic relief, the pledge by the governorship aspirant of the All Progressive Congress (APC), in the state, Barr. Herman Hembe, to proscribe Local government Joint Account (JAC) when elected to govern the state.

Recall that Barr. Hembe, representing Vandeikya/Konshisha Federal Constituency, while consulting with members of the academia from tertiary institutions in the state as part of activities to sell his governorship candidature, had said that if elected, he will proscribe JAC and grant autonomy to the third tier of government to make it viable.

But the PDP who described that as laughable said JAC is legally backed by the constitution of the federal republic of Nigeria and wondered how he will realize that.

In a statement signed by its Publicity Secretary, Mr. Bemgba Iortyom, the PDP said “We are particularly bemused by Barrister Hembe’s declaration that he will abolish the monthly Joint Account Meetings of Local Government councils and the State Government administration, considering that the meeting derives in specificity from Section 162(6) of the Constitution of the Federal Republic of Nigeria (1999 As Amended) which states inter that: “Each state shall maintain a special account to be called ‘State Joint Local Government Account into which shall be paid all allocations to the Local Government Councils of the State from the Federation Account and the Government of the state.”

“How then does this federal lawmaker, himself a lawyer, hope to achieve his abolitionist declaration? Will he be having that law repealed before his departure from the Green Chamber in the time left to him there, or is he planning on outright anarchy; a refusal to heed to and abide by the extent laws of the land?

“Shouldn’t the APC guber ticket seeker rather have tailored his views along areas in the law and its application which might need improving upon, against the backdrop that, even with the autonomy being enjoyed by council administrations in the state under the Ortom administration, there might still exist areas for improvement which a succeeding administration could address in the natural order of continual evolvement of governmental policies and actions?”

The PDP also complained that Hembe in expressing his views before his audience took time to heap sizeable criticisms at the running of the state under the administration of Governor Samuel Ortom.

The statement condemned Hembe for speaking about infrastructural decay in the state saying “the lawmaker failed to acknowledge the successes recorded by the Ortom administration in that area despite the economically handicapped position of the state, coupled with two global economic recessions, the Covid-19 interruption and the behemoth of intractable insecurity occasioned by killer herdsmen atrocities against farmers, terrorist activities, kidnappings, communal disputes, among many others.

The PDP noted that while the challenges continued to bore holes in government’s resources, the Ortom administration has invested massively in infrastructural linkages with ongoing construction of major and strategic road arteries in the urban centres as well as rural areas of the state.

“There has also been major impact in the health and educational sector with the payment of state counterpart funding to development partners for critical intervention in schools in the form of construction of new classroom blocks, renovation of existing structures, provision of learning aids touching every community across the state.

“The ovation may have been loud for Barrister Herman Iorwase Hembe from his guests at the academia interface, yet when the time comes for Benue electorate to mandate a successor to Governor Samuel Ortom, they will not be applauding common place remarks flung to the gallery, but they will place premium on character, pedigree and courage to stand in their defence, as Ortom has done in the past years,” the party said. 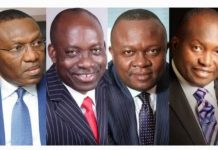 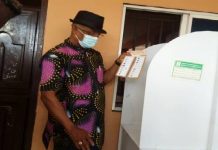 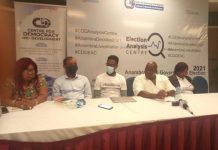 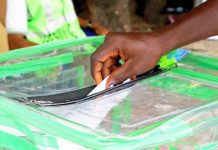 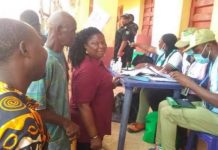 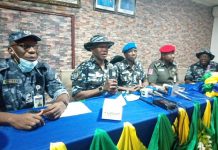 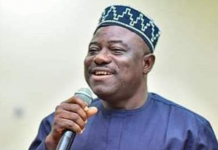