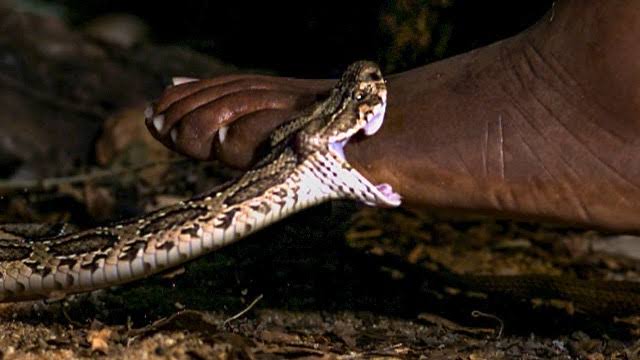 Benue State Government is to take over the treatment of snakebite patients across the State to reduce the burden of cost of treatment on victims.

Governor Samuel Ortom hinted this Monday at St. Theresa Catholic Church, Makurdi, during a Fund Raising Appeal for Interventions in Schools and Hospitals under the Resource and Planning Commission of the Catholic Diocese of Makurdi.

While commending the Catholic Bishop of Makurdi, Bishop Wilfred Chikpa Anagbe for the initiative, the governor recalled that his partnership with the Bishop Murray Hospital Makurdi for the treatment of snakebite patients had saved so many lives.

He, however, stated that the huge cost of treatment necessitated the decision for the state government to take over the treatment of snakebite victims.

Ortom acknowledged the prudence in the management of funds by the Church saying Bishop Murray Hospital has the expertise in the treatment of snakebite and would do well if given the desired support.

He described the Resource and Planning Commission established by the Catholic Diocese of Makurdi as a noble initiative that should be supported by all.

Earlier, Catholic Bishop of Makurdi Diocese, Most Reverend Wilfred Anagbe, described envy and jealousy as a storm in the souls of humans.

He solicited for support of all and sundry to enable the Diocese raise funds for the smooth running of the establishments.

Coordinators of the commission from all the deanaries across the Diocese were inaugurated by Bishop Anagbe upon presentation by the Executive Secretary of the Commission, Barrister Mike Utsaha.