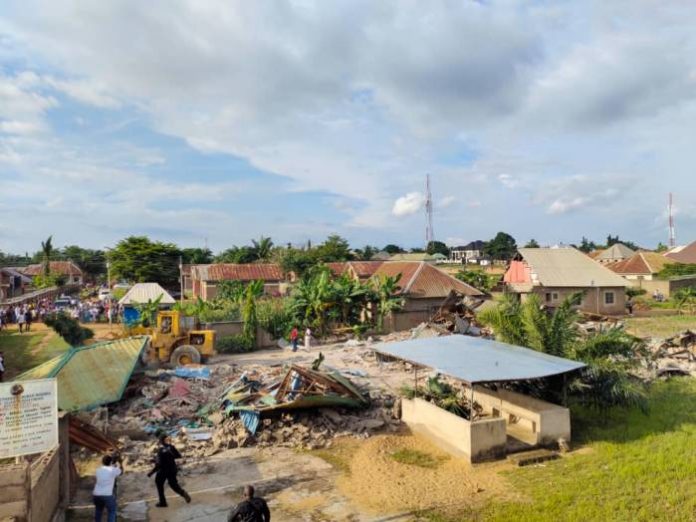 In line with provisions of the Benue State Law on Prohibition of Abduction, Hostage-taking/kidnapping, cultism and similar activities, the Benue State Government has demolished an apartment used by kidnappers at BIPC Quarters, Nyiman Layout, Makurdi.

Governor Samuel Ortom had during a visit to the Police Headquarters in Makurdi, on Monday, where the bodies of three kidnappers killed by security agencies were paraded, given a directive for the demolition of the building where the kidnappers were staying and carrying out their nefarious acts. 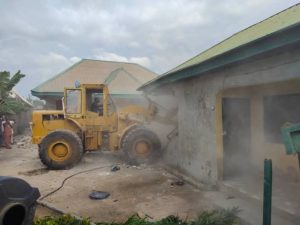 Special Adviser to the Governor on Security Matters, Col. Paul Hemba rtd, said the action was a faithful implementation of the law as the structure was being used by kidnappers to keep their victims and negotiate for ransom.

He stated that two suspects were arrested in connection with the kidnapping in addition to the three who were killed in an exchange of gun fire with men of ‘Operation Zenda’, the special anti-crime unit of the Benue State Police Command.

The Security Adviser urged landlords to do proper checks on would-be tenants before giving them access to their apartments to avoid a repeat of the ugly incident.

He stated that the land where the house was demolished would also be revoked in compliance with the law.