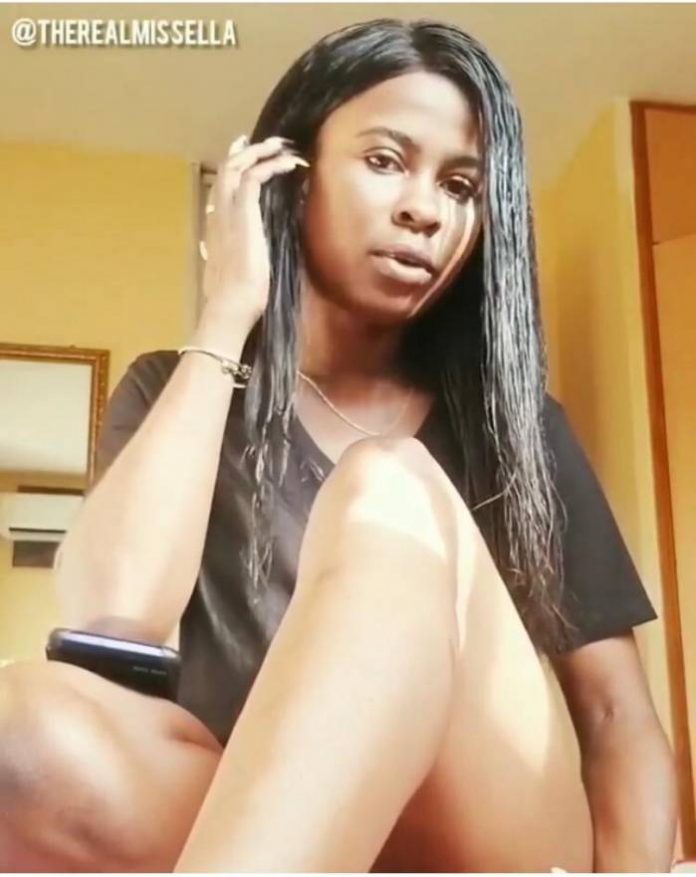 Ella in the song done by Davido in collaboration with American Chris Brown, and released in 2019, proved to her admirers and friends that she has a fantastic skill set.

She renders the song effortlessly and beautifully in a video, adding a few of her own ideas to the second verse, which is Brown’s part in the main song.

The video, which was posted on August 15, 2019, has been viewed by over 70k people with over one thousand comments.

Ella uploaded the video on her Instagram page and it got Davido’s attention. To show appreciation and as a way of encouraging her, he commented on the performance with the fire emojis and went ahead to repost Ella’s performance on his official Instagram page.

Several Nigerian celebrities and fans of the ex-housemate have viewed and given her thumbs up.

The video, which Davido posted over 24 hours ago, already has almost 600K views and over 5K comments.

Ella was one of the 21 housemates that got into the Big Brother Naija Season 4 tagged Pepper Dem edition on June 30, 2019.

But on Sunday, July 14, 2019, she was evicted alongside Kimoprah from the Big Brother House after spending a total of 13 days in the house.