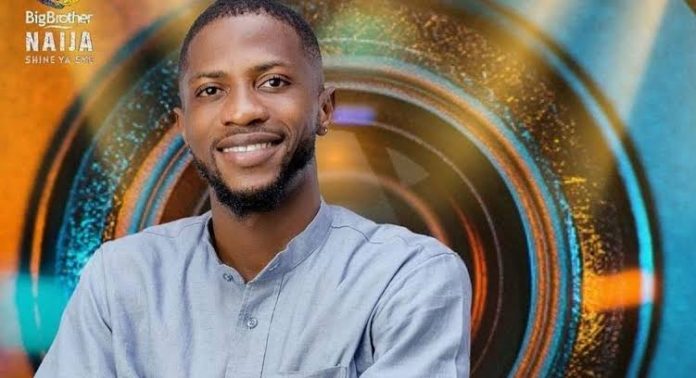 Former housemate of the sixth season of the Big Brother Naija reality show, Ololade Gbolahan popularly known as Kayvee has broken his silence after his sudden withdrawal from the show.

The reality star took to his Instagram page on Wednesday, August 18, 2021, to release a press statement.

He revealed that he was currently receiving treatment at a medical facility working through the debilitating anxiety he felt.

“Since my withdrawal from the house, I have reconnected with my family, and I am currently in a medical facility working through the debilitating anxiety I felt. I covet your love and prayers,” part of his statement read.

He also thanked everyone for supporting him since his withdrawal. 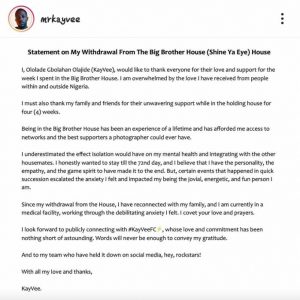