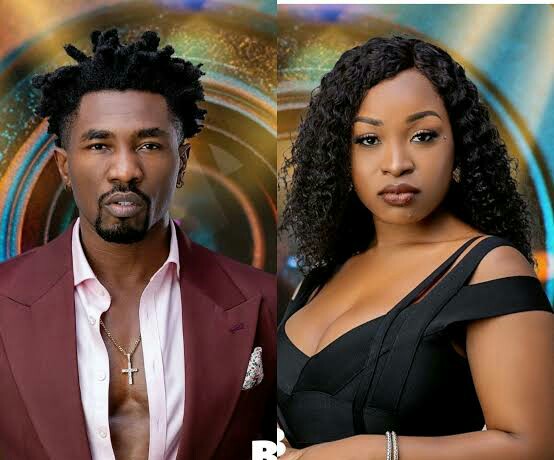 This is the second week running in the Big Brother Naija reality show and the second Head of House games.

The Head of House games holds every Monday and the head and deputy are exempted from being nominated for eviction for the week.

Boma won today’s Head of House title and Peace, last week’s head of house passed the element of power, a gold chain to him.

He picked Jackie B as his deputy.

For the nomination process, wild cards Pere and Maria were the only housemates who could nominate four other housemates each for possible eviction during the Sunday eviction show.

Using his veto power as the head of house, Boma swapped JayPaul for Yousef.