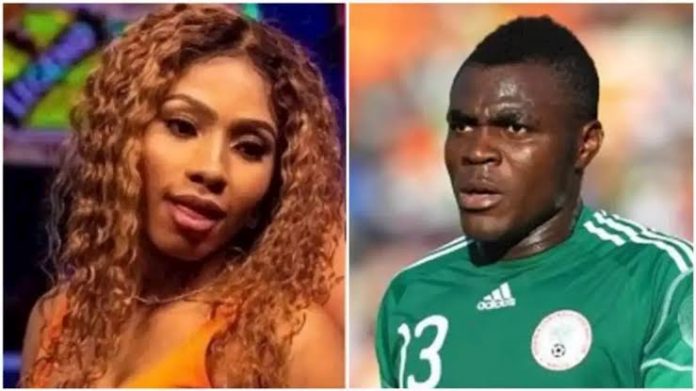 Mercy who felt devastated when it happened said Emenike got married to his wife, Iheoma, while they were still dating.

The reality star revealed this during her diary session with Big Brother on Friday.

She said she found out on Instablog and then discovered the footballer had blocked her on all his social media pages.

Mercy told Biggie that she believed the player actually loved her but felt it was because she was a ‘nobody’ at the time that made him to dump her for someone famous.

According to Mercy, the incident was all she needed to work harder towards becoming a celebrity or at least ‘somebody.’

Mercy had made it crystal before that she’s on the show for the fame.

She said she wasn’t sure of how to achieve her aim of becoming a celebrity at the time but fate and luck brought her to the Reality Tv show, which has put her on that path of success as a celebrity.

Mercy is now beaued up with Ike a fellow housemate in the house.