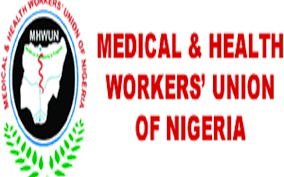 The Bayelsa State Chapter of Medical and Health Workers’ Union of Nigeria (MHWUN) on Sunday said it has suspended the industrial action embarked upon by its members on Feb 12.

Mr. Barnabas Simon, Chairman of MHWUN, Bayelsa, told the News Agency of Nigeria (NAN) that the Union took the decision after a meeting of the Executives of the Union in the state on Friday in Yenagoa.

He said the decision to suspend the strike was sequel to the approval of the implementation promotion arrears of primary health care workers with effect from March.

He said the union also considered the essential nature of health services provided by the primary health care workers across the eight LGAs of the state in suspending the action to await the implementation of its demands.

Simon said the union took into consideration the health needs of people of Bayelsa who benefited from the services rendered at the Primary Healthcare Centres, and decided to return to work and give government  the benefit of doubt.

He explained that the union had directed all its members to resume work at their various duty posts beginning from February 26, 2021 adding that normalcy would be fully restored by Monday, March 1.

NAN reports that the strike had shut down health services at Primary Health Centres across the state, which pregnant women and nursing mothers in the rural areas often relied on for antenatal and child immunisation services.

The union, appreciated the state government for the approval of the implementation of promotion for primary health care workers, urging it to meet other demands within three months. (NAN)