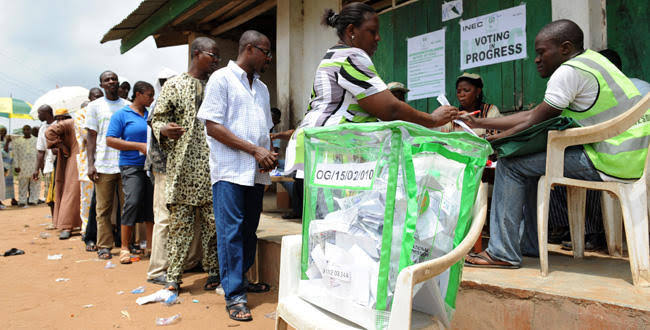 NAN Correspondent monitoring the exercise reports witnessing large turnout of voters in units the exercise is being conducted in Sakwa , Murmur North and Mainako in Zaki.

Awal Jatau of the People’s Democratic Party (PDP), Tata Umar of the All Progressives Congress (APC) and 19 other candidates are contesting in the supplementary polls to occupy the seat of Federal House of Representatives for Zaki Constituency.

In a similar development, voting commenced early in most of the 287 voting units visited in Gamawa.

Madaki Gololo of the PDP and 20 other candidates are contesting for the Gamawa House of Representatives seat, while Mohammed Garba of the APC had earlier been excluded from the race by an election tribunal.

The same court had nullified the election of Garba Gololo of APC representing Gamawa Federal Constituency of Bauchi State, and disqualified him for presenting forged certificates to contest in the election.

The court also, in a consensus judgment, ordered INEC to conduct re-run election in the area within 90 days, excluding APC or its candidate from participating.